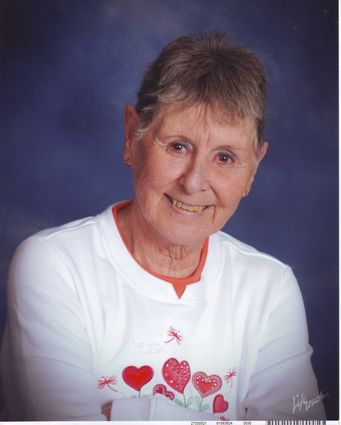 Rose Marie (Meyers) Johannsen, 84, of Cloquet and formerly of Grand Rapids, passed away August 9, 2020, at Memorial Community Hospital in Cloquet with her daughter at her side.

Rose was born June 25, 1936, in Onigum on Minnesota's Leech Lake to Chester Nathan and Ethel Agnes Meyers, the youngest of five children.

Rose grew up and attended school in Cass Lake, where she met Russell Louis Johannsen, before moving to Boring, Oregon. She graduated from Union High School in Sandy, Oregon. After graduation, Rose moved to Colorado Springs, where she and Russell were married on June 30, 1954. After accompanying Russell during his tour of duty in the U.S. Air Force, and brief residences in Bena, Nashwauk, and Wadena, Rose and Russell moved to Grand Rapids in 1969, where she lived most of her adult life. Rose graduated from Itasca Community College in Grand Rapids, where she received a nursing education, passing her national license examination in 1979. Rose attended and was a volunteer at St. Joseph Catholic Church, which was especially important to her.

Rose enjoyed spending time with her children and grandchildren. She loved knitting, sewing and crafts, and was famous for her "grandma slippers," which she made for Christmas.

Rose was a member of the Grand Rapids Fraternal Order of Eagles. She loved to travel and always looked forward to a fun game of bingo or cards.

Rose was preceded in death by her husband of 60 years, Russell; her parents; her sister, Lorraine Washburn; and her brothers, Earl Meyers and Donald Meyers.