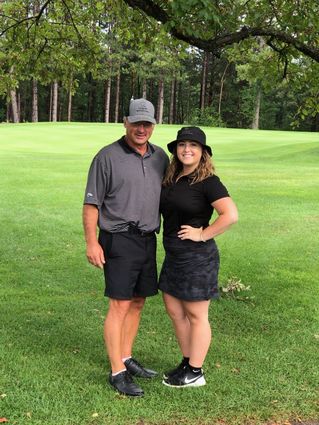 After a few years of absence, John Sheff came back to win his 14th Cloquet Country Club men's championship and make history last week. Sheff had been in a tie with Butch Newby for the most wins in the club's nearly 100-year history, with 13 titles each. Sheff's daughter Arica Sheff won the women's championship and Bob Neve won the senior flight.

Other flight winners were:

Sheff defeated Tom Cox in the finals and Matt Carlson in the semifinals. Sixteen players qualified for the championship flight. Strong storms and rain caused some delays during Sunday's championship. More than three inches of rain fell in the two days. The course - thanks to superintendent Jud Crist and the CCC greens crew - was in great condition.