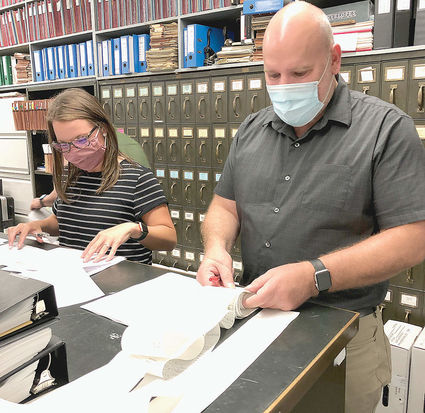 Makenzie Korby and Kevin DeVriendt counted votes on primary night, Aug. 11. The pair work in the accounting department in the auditor/treasurer's office, and help out during elections. After adding up ballots that arrived by mail after Tuesday, the results remained the same in the county.

An additional 82 mailed ballots were delivered to the Carlton County Courthouse in the two days following Tuesday's primary, but even with the additional votes counted, the rankings in the local election remain unchanged.

Moving on to the general election in November for Cloquet City Council Ward 5 are Lyz Jaakola and Dennis M. Painter, while former mayor Dave Hallback is out of the race with a third-place finish. Final results showed Jaakola with 217 votes (up from 210 after Tuesday), Painter with 119 (up from 117) and Hallback with 105 (up from 103). There was no incumbent in the Ward 5 r...