This week in history: Cloquet's Olesen was suffrage champion 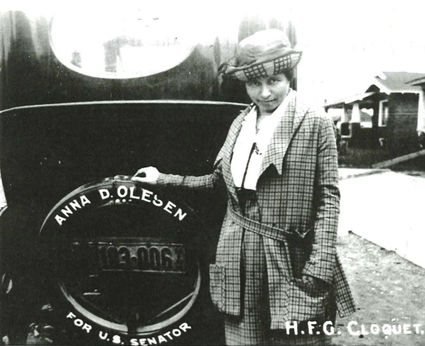 Anna Olesen ran for the U.S. Senate using a car to travel across the state in 1922.

The nation marked 100 years this week since women finally won the suffrage battle. A key player in getting women the right to vote hailed from Cloquet, Anna Dickie Olesen.

She was the first female nominee of a major party for the U.S. Senate and was a celebrated orator and passionate social reformer who became one of the most prominent Democratic women of the early 20th century.

Anna Dickie was born on July 3, 1885, to Peter and Margaret Dickie and grew up in rural Waterville in southern Minnesota's LeSueur County. Intelligent and talkative from a young age, Anna showed signs early on of th...