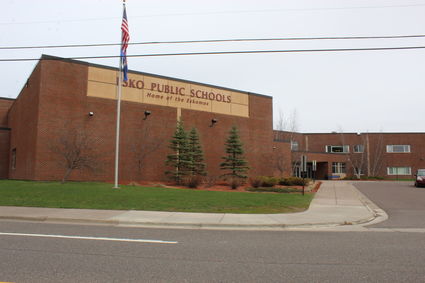 The Esko sports fields that were redone only a few years ago now have a beautiful new parking lot to match. Over the spring and summer, workers tore down the old bus barn that used to sit in the middle of the gravel parking lot off Canosia Road and built a new bus garage in the northwest corner of the Esko business park. That freed up lots of space for parking in the newly paved lot adjacent to the athletic complex, which features locker rooms and a concession stand, fields for football, soccer, baseball and softball, along with skating rinks in the winter. The anticipated cost of the parking lot project was $862,000, and the base cost of the building was estimated at $317,000 before construction began.

The Esko school board decided this week that the district won't have all students in classrooms as planned at the start of the school year Sept. 8.

Based on the number of coronavirus cases at the time of the meeting in both Carlton and St. Louis counties - as they pull students from both - the board decided to start at Level Two of the state's guidance on re-opening.

While case numbers in Carlton County remain low enough to allow for in-person classes as Esko had planned earlier in the month, case numbers have risen in St. Louis County enough to trigger the recommendation from the state fo...