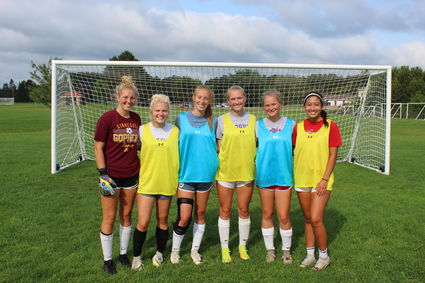 If local girls soccer teams think the Lumberjacks will be a pushover this season due to losing the area's top player Kiana Bender, they should think again.

The Cloquet girls soccer team appears ready and poised to make another run at the Section 7 title by virtue of both depth and talent. It's also a program that showed how well they could play together, advancing to the state tournament last year with a balanced attack and a strong defense.

"Our record last year was 18-3 and we were 14-2 in our regular season, and then won four games in the section tournament to earn a trip to the state tournament," said interim head coach Bobbie Turner. "We played Academy of Holy Angels, the No. 2 ranked team, and lost 4-3."

Cloquet graduated five seniors from last year's team, including Bender, who was First Team All State and Duluth News Tribune All Area Player of the Year.

"She was such a huge part of our offense, but we also return two forwards that combined for 31 goals last year, Katie Turner (a junior) and Alexa Snesrud (a sophomore)," said coach Turner, who is also Katie's mom. "We also return our keeper, Gracie Meagher (a senior), who allowed only eight goals in the regular season last year."

To add to their depth, the 'Jacks also are loaded on the defensive side of things.

"Our entire back line, save one, is back and that's our biggest strength," Turner said. "Our back line is such a cohesive unit, and communicates so well with Gracie and each other."

Practice started on Aug 17, but most of the team was able to get in practices together earlier in the summer, Turner said. 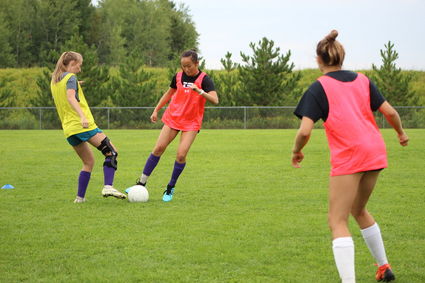 "As the Center for Disease Control, the Minnesota Department of Health and the Minnesota Youth Soccer Association lifted restrictions on youth sports, the team was able to get in some work," Turner said. "So far they look really good. We've eased back in and had to get used to all the new (Covid) protocols, but they're just happy to be able to play. For the seniors, especially, to be able have this season - whatever it looks like - is really special. We're looking to defend our conference title and make a run in the section again, so our fingers are crossed we get that opportunity."

While Turner is acting as a first-year interim head coach she is no stranger to the program. This will be her third year with the high school program, but she has coached most of the players in the local club program since they were children. Turner was moved into the role of head coach over the weekend after long-time head coach Dustin Randall was placed on administrative leave.