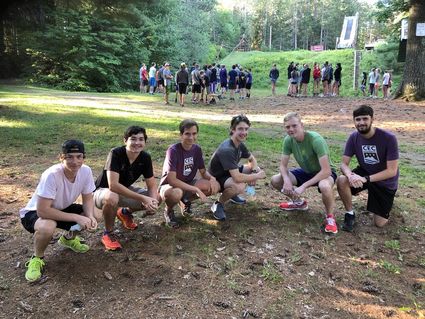 A year ago the Cloquet boys cross country team was loaded with talent, including four strong seniors. As a team, the Lumberjack boys qualified for the state tournament and were a force to be reckoned with at every meet.

Don't think for a minute that this year's team is "rebuilding" - the Lumberjacks return a strong nucleus with a lot of experience and dedication.

"The biggest challenge this year for the boys team is that last season we graduated a group of seniors (including Jordan Allen, Jesse Bahen, Dennis Osvold and Mario Genereau) that were strong leaders and successful," said second-year head coach Chandra Allen.

The good news is the team returns a host of athletes who have another year of experience they want to bring to the state meet, pandemic permitting. Returning runners from last year's state squad are seniors Josh Sanders and Benjamin Bauer, juniors Sam Buytaert and Cale Prosen, and sophomore Miles Fischer. Allen also points to seniors AJ Maijala and Sam Brenner plus junior Jake Mertz as strong runners who could score valuable points this season.

"Both the boys team and the girls team are returning a strong core of runners from the varsity roster last year," coach Allen said. "They have experience and are ready to race after missing their track season last spring. The boys have a tight pack with their top five."

While the girls team did not make it to state last year they did qualify two individuals for the state meet. Both Harmony Tracy and Amelia Allen qualified for state individually last year as sophomores, and senior Lauren Sertich made it to state for three years before missing last year.

Interestingly, it was the first year ever that Tracy ran cross country - she was a swimmer before - and Allen's first year of participating "full-time," she said.

"The girls have a lot of depth and are coming together in their training. I would like to see the girls team tighten up their split between the No. 1 and No. 5 runners," Allen said. 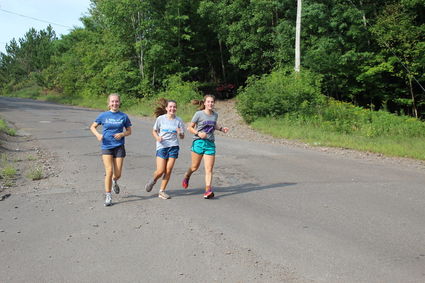 The girls also return sophomore Charlotte Ripp, who was awfully close to her own trip to state last year. Added to those four runners are two strong freshman newcomers in Victoria Nelson and Kiara Cloud, so maybe Cloquet will send a girls team to state this year too. (The girls team took third place at the Section 7AA meet last year, and the top two teams advance to state.)

"Overall, I am excited for this season," said Allen. "The kids are excited to train and compete with one another. We have a great group of coaches and athletes."

Another piece of good news for both the boys and girls teams is the increase in numbers after football and volleyball were moved to the spring because of the pandemic.

"We have about 80 kids on our roster in grades 7-12 and we have been averaging about 65 kids per practice. Some of the older kids are still working and coming to practice when they can," said Allen. "We also picked up a few volleyball and football players. They have been great additions and are working hard at practice."

Cloquet was set to travel to its first meet of the season at Hermantown Thursday after this issue of the Pine Knot News went to press.