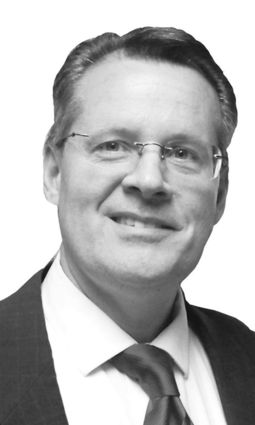 Former Carlton County attorney Thom Pertler was disbarred Thursday, Sept. 10 by the Minnesota Supreme Court for professional misconduct because he failed to disclose known police misconduct when he was in office.

The Supreme Court's decision this week came after the director of the Office of Lawyers Professional Responsibility filed a misconduct petition against Pertler July 6. The petition and the recent court decision centered around Pertler's failure to follow through with his duties to disclose all exculpatory evidence (favorable to defendants), referring to misconduct by former Cloquet police officer Scott Beckman that reflected on Beckman's credibility and honesty. According to the petition, Pertler knew about Beckman's misconduct but never revealed that knowledge to any defense attorneys or even prosecuting attorneys in his own office as required by the US Supreme Court Case Brady v. Maryland, along with the Minnesota Rules of Criminal Procedure and the Minnesota Rules of Professional Conduct.

The Office of Lawyers Professional Responsibility is an agency of the state judicial branch which investigates ethics complaints against lawyers and, if warranted, will pursue disciplinary action. Pertler was Carlton County Attorney from January 2005 through December 2018. He was defeated in his re-election bid by Lauri Ketola in November 2018.

Pertler admitted to the allegations in the petition, including failure "to disclose known police misconduct which required disclosure," failure to implement a "Brady" policy in the county attorney's office, failure to disclose the information about the police misconduct to those who needed it, and failure to train the staff in his office regarding Brady requirements, leading to the dismissal of 19 pending criminal cases and the retroactive dismissal and expungement of eight cases that had resulted in conviction, including the release of one defendant who was incarcerated.

In late July, Pertler waived his right to a hearing and agreed to disbarment for committing "professional misconduct warranting public discipline." His license had already been suspended for non-payment of fees.

In signing the stipulation for discipline, Pertle "unconditionally admits the allegations." He also waived his rights to have a referee (an appointed senior judge) conduct a hearing on the charges against him, or argue any of the referee's findings and conclusions before the Minnesota Supreme Court.

The Minnesota Supreme Court independently reviewed the file and approved the jointly recommended disposition this week. Pertler is also required to pay $900 in costs.

In a Bench & Bar column on public discipline in 2019, Office of Lawyers Professional Responsibility director Susan Humiston wrote: "Public discipline is imposed not to punish the attorney, but to protect the public, the profession, and the judicial system, and to deter misconduct by the attorney and others."