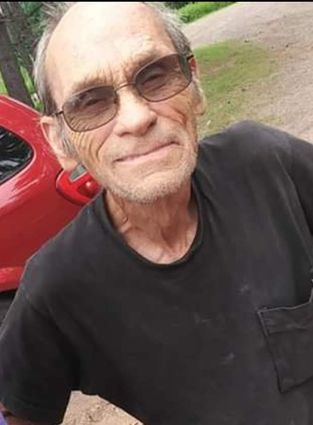 He was born July 4, 1947, in Moose Lake to Elvin and Petronella (Pionk) Burch. Martin graduated from Moose Lake High School in 1966. After high school, he was drafted into the U.S. Army during the Vietnam War. After his discharge, he returned to Moose Lake working various jobs, including working at the peat plant and logging before going to work at USG in Cloquet. Martin married Nancy Hakala Jankowski on April 7, 1989.

Martin enjoyed hunting, fishing, gardening, tending to his hobby farm, scrapping, and watching Westerns. He enjoyed playing canasta and cribbage with his family. He always had to be the winner, so he was often found cheating.

Martin was preceded in death by his parents; his wife, Nancy; and his brother Joseph.

He is survived by his children, Marty (Carissa) Burch Jr. of Cavalier, North

A gathering of family and friends will be held 2:30-4:30 p.m. Saturday, Sept. 26 in the Cromwell Sno-Gophers building, 1247 Highway 73, Cromwell. Military Honors will be accorded by the Cloquet Combined Honor Guard at 3 p.m. Burial will be in Eagle Lake Cemetery in Cromwell.