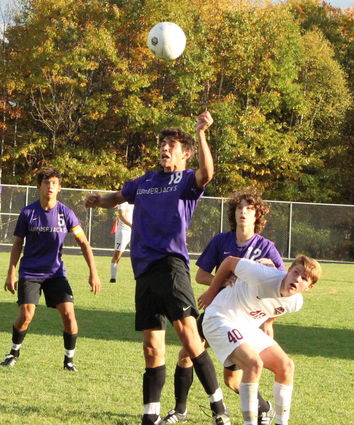 What most fans expected would be a close game turned into a rout on Tuesday, as the CEC boys soccer team beat Denfeld 11-0 at home.

Junior Ryan Tomsche started off the scoring with a header into the net in the second minute of the game, then senior Drake Schramm converted a penalty kick in the 15th minute for one of his two goals.

Schramm wasn't the only one with multiple goals in the match against the Hunters.

CEC varsity goaltender Lucas Rauner got a shutout, making seven saves in the game, which saw Denfeld starting forwards Keegan Chastey and Xavier Decker sit out the second half, Chastey with a sprained ankle. 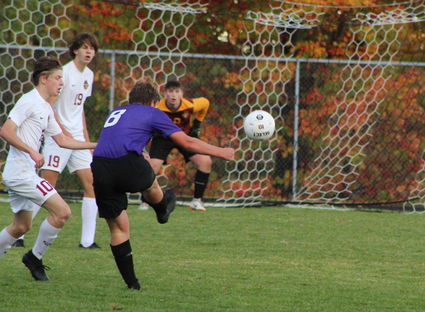 The Lumberjacks are ranked 10th in the state for Class A teams by Minnesota Soccer Hub and are one of two undefeated (with no ties) teams in the top 10. Additionally, senior forward Drake Schramm was ranked ninth in the state this week for goals with 14, and second in state for assists, also with 14. Minnesota-Scores.net has the CEC boys team ranked sixth, sitting easily at the top of Section 7A.

CEC head coach Dave Bergan was happy with his team's performance, and played a wide range of players in the second half after the Lumberjacks were up 8-0 at the half.

"I'm just so happy for the boys and all the notice they are getting," he said. "Each and everyone of them deserves this."

Bergan was also happy to learn that there will be playoffs, although a decision by the Minnesota State High School League on a state tournament is still up in the air. Teams have been limited to regional opponents.

CEC plays Hermantown at home Saturday starting at 11 a.m. and Marshall at home again on Monday at 4:45 p.m.

Playoffs will begin the week of Oct. 12.