Tennis team will wrap season in consolation round 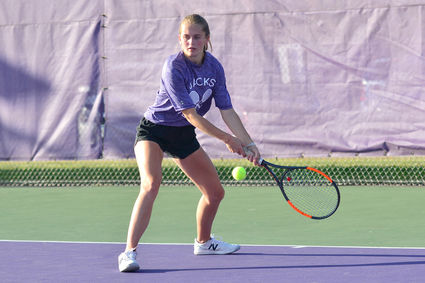 Scores don't always indicate how close a tennis match can be. On Monday afternoon the Cloquet-Esko-Carlton girls tennis team dropped a 6-1 decision to Grand Rapids in the first round of the Section 7AA tournament. While the score looks lopsided, what it does not show is that many of the matches were extremely tight and could have gone either way.

"I had a bunch of new girls this year and they now have become tennis players," said coach Derek Johnson. "Half the squad was new and did not know much, if anything, about tennis, and they have come a long way."

While CEC won only one doubles match, the other two could have swung their way as well. The CEC No. 2 team of Carlee Maslowski and Jayden Karppinen won their match 6-4, 6-3 over the Grand Rapids team of Hannah LaFrenier and Caroline Achan.

"Jayden Karppinen was a nice addition to the team this season and she played a big role in her first year," Johnson said. "She was on varsity all year and mostly played No. 2 doubles. I say this every year that we get new players who join late in their high school careers, but that love the sport, and Jayden was happy she had the opportunity to give tennis a try this year." 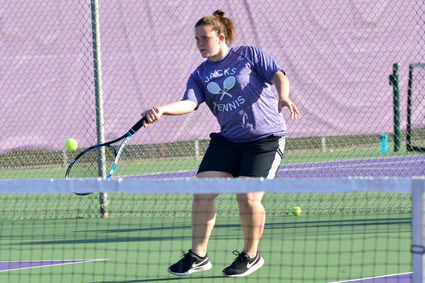 "It's been a fun year with new faces," said Johnson. "It was challenging at times with such a big group and the split practices and the COVID guidelines ... but it was a new and fun coaching experience during these times."

CEC now enters the consolation bracket of the sectional tournament. As the highest remaining seed, they were given a bye into the consolation championship. CEC will host Duluth Denfeld Monday.

If the entire team returns next year, the 'Jacks will have 16 seniors, which is as many players that most teams have in their entire program.