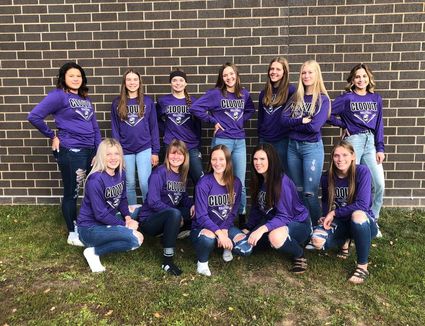 Ready, set, stop! That has been the confusing world of volleyball programs throughout the Northland. In mid-March, just as the club season was about to begin, the schools were shut down due to the Covid-19 pandemic. Many of the coaches had already gone through tryouts to determine which players would be on which club teams. Fees had been paid, uniforms handed out and a schedule of tournaments was set. Players were getting used to new coaches, teammates and for some, new positions. And then- nothing. The spring volleyball season ended before it got off the ground.

The coaches continued to wait on the word from the Minnesota State High School League as to when their sport could resume playing. Finally on August 4, the MSHSL surprised everyone with the announcement that volleyball was being moved to an early spring sport season. This was a shock as some volleyball players and coaches were also involved with spring sports. There were more questions than answers. Could an athlete do both volleyball and track or softball in the same season? How was the volleyball coach also going to be able to coach golf? So many things were still left to be sorted out as the coaches moved the volleyballs and nets to the back of the storage rooms.

And just three weeks ago it changed again. The MSHSL announced that volleyball was returning to a fall sport and practices could begin Sept. 28, with the first games scheduled for Oct. 8. The season can only be 11 weeks long, including the postseason. There can be no captains’ practices, jamborees, scrimmages or pre-season tournaments. The maximum number of contests per team is 14. And there can be no tournaments throughout this season, which eliminates about 11-15 games for each team. Matches can only be played against conference and section foes. And a couple more changes: everyone has to wear a mask and no spectators are allowed in the gym.

What a headache for athletic directors. Now they had to quickly put together a revised schedule with many constraints. Cloquet High School activities director Paul Riess quickly conferenced with other area ADs and was able to put together the Lumberjacks’ schedule of 14 matches. “We are pretty fortunate that we were able to get 14 matches,” Riess said. “Some schools were only able to get 10-12. At first we were short one, as Superior High School opted to play in the spring. So we were down to 13. But then we were able to schedule Denfeld High School twice to bring us back to a full schedule.”

As for no fans allowed in the gyms, many schools are looking at streaming the games on the internet. Riess said Cloquet ordered streaming equipment back in August “but so did everyone else in the country.”

The cameras and equipment for the paid streaming have yet to arrive.

“t is supposed to be here next week and we are hoping to have it installed in the gymnasium on October 15,” Riess said. “Fans should be able to go to the Cloquet website and click on a link to purchase the game they would like to watch.”

So now that the schedule is in place and the rules are set, let’s get a preview of nine of our area volleyball programs.

Record last year: 14-8, season ended with a loss to South Ridge in first round of playoffs

Expectations: "We are looking to be very competitive and the girls are ready to start the season," Newman said. "With all the changes this year we have to focus more on team unity. We have strong leaders and we're hoping that flows over to the game and we keep improving as the season progresses. As a coach, I emphasize defense and we are working hard to improve in this category. Our Polar League is always competitive and it should be an exciting year."

Record last year: 28-3, season ended with a loss to Greenway in section final

Expectations: "We lost every starter except for Sam," Soukkala said. "We are just trying to come together. We have 25 girls who are working hard. Our defense will not be like it was last year with so many new starters. We are just trying to improve every day. We will be young but our goal is still to win a section championship. We always try to play a tough schedule but not having tournaments to play tougher competition and increased speed will hurt," Soukkala said.

Record last year: 11-15, lost to Pine City in first round of playoffs

Expectations: "We only graduated one senior last year so we return a lot of depth this year," Anderson said. "We are looking forward to getting to play other teams and taking necessary precautions to do that as safely as possible. The girls love to play volleyball and understand that we need to be flexible with the day-to day changes."

Record last year: 19-6, lost to Floodwood in second round of playoffs

"Our focus will be on the returners from last year leading us," Granholm said.

Expectations: "We lost five of our starters from last year," Granholm said. "We will miss their leadership."

"Our challenge is to learn how to play as a team at the varsity level and find our strengths as individuals as well as a team. It will be a year to grow and find what will work best for the team. I am very confident that our returning players will take the leadership roles to help the younger athletes grow," Granholm said.

Record last year: 22-7, lost in second round of playoffs to Proctor

Expectations: "We have almost all of our team back from last year and we have lots of experience. We are looking forward to another great season. We think we can make it to the section championship," DeLeon said.

Next: Oct. 13 at Hermantown

Record last year: 10-14, lost to Cromwell in second round of playoffs

Expectations: "I think we will be very competitive. We are pretty scrappy. We are very dedicated to make it high in the conference standings. We hope to be over .500. Carlton graduated a lot. I'm hoping to be in the top three with Esko probably favored and then maybe Cromwell. It should be a fun season," Swanstrom said.

Record last year: 14-12, lost in second round of playoffs to Carlton

Expectations: "Each day we are lucky to be playing. The girls played summer ball in the Arrowhead Disc through the Minnesota North program. We are going to take it one day at a time. We look a little out of shape now, but we will be OK. We are working with a new setter. But we should be able to hit the ball and block well," Olesiak said.

Next: Oct. 9 at home against Ely

Record last year: 11-15, lost in second round of playoffs to Cook County 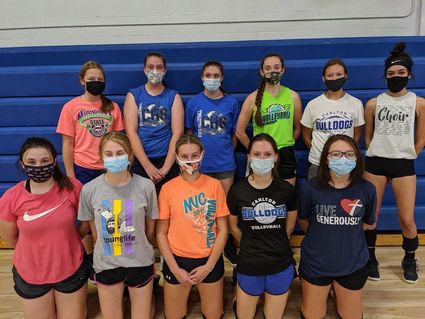 Expectations: "It's been a different season already because we are only allowed to have 25 girls at one time in the gym. And we have a lot of girls playing new positions. Our setter used to be our right side hitter. Last year's setter moved to libero. There are no scrimmages to see how it is all going to work. The chemistry is good so far. We are hoping to have a cohesive unit to start the season," Peterson said. "Floodwood is going to be really good and I would like to beat Carlton for a change."

Next: Oct. 13 at Lakeview Christian Academy

The volleyball team, coached by Earl Otis, has not been cleared yet by the Reservation Business Committee and then the school board to resume sports. Fond du Lac Ojibwe School has been doing distance learning since the school year started.