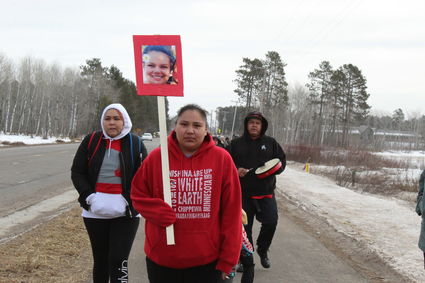 Community members, including Jackie's cousin, marched in honor of Jackie Ann Defoe and her son Kevin Lee Shabaiash Jr. in March after they were killed in rural Cloquet.

A Carlton County grand jury voted last week to charge a Cloquet man with five counts of first-degree murder, another development in a case that shocked county residents last spring when the bodies of a pregnant woman and her toddler were found hidden in their home, brutally murdered.