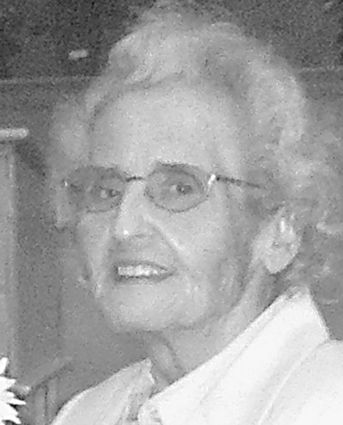 Mary lived in Albert Lea until 1941. She moved to Marion, Ohio, then Huntington, Indiana before moving to St. Paul. She graduated in 1945 from Central High School in St. Paul, then attended Bethesda Hospital School of Nursing for two years, leaving school to marry Larry Purcell of Minneapolis. They were united in marriage on Dec. 27, 1947, in St. Cloud. Mary and Larry raised eight children in the Bloomington and Minneapolis area.

Upon retirement they moved to Wright, and lived an active life. Mary moved back to Minneapolis upon Larry's death in 2006.

Mary completed the practical nursing course at Minneapolis Area Vocational Technical Institute in 1976 and worked at Redeemer Residence and Mt. Olivet Careview Home. Upon moving to Wright, she worked for a short time at Moose Lake State Hospital.

Mary was a Bluebird and Camp Fire leader for seven years in Bloomington. She was a member of TOPS, holding all offices except treasurer and weight recorder, in the Minneapolis area.

Mary was a member of Bethany Lutheran Church in Cromwell, a council member of the Bethlehem Lutheran Church in Wright, and president of the Bethlehem Women of the ELCA. She was active in the Kettle River Conference Women's Organization of the Women of the ELCA, and the Northeast Minnesota Synodical women's group, where she was a synod council member representing the Kettle River conference. For a time, she was conference leader for the Kettle River Conference, and for several years wrote a quarterly newsletter, "What's Cooking in the Kettle River Conference," as well as being active in the hunger and justice program of the ELCA. Mary was also a charter member of the Lutheran World Relief auxiliary in the Northeastern Minnesota Synod. She completed the North Dakota Synod's Growing In Faith To Serve program. Mary was a member of the Wright Senior Citizens in Wright, and was instrumental in setting up the Clothing Depot and Tri-Community Food Shelf.

After moving back to Minneapolis in 2006, she was a member of Knox Presbyterian Church.

Mary was proficient in knitting, crocheting and quilting, and was an avid reader.

She was preceded in death by her parents; husband; and one granddaughter, Caitlyn Ann.

Special thanks to her physician, Dr. Amy Morrow, for her kind and gentle manner. Due to the Covid pandemic, a family graveside funeral will be held next year. Interment will be at the Wright Public Cemetery in Wright. Memorials may be made to Bethany Lutheran Church, 5660 Hwy 210, Cromwell MN 55726, 218-644-3640. http://www.atkinsnorthlandfuneralhome.com