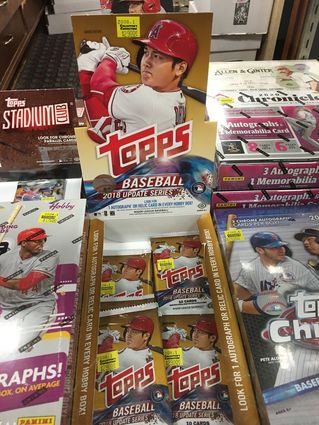 New baseball (and other sports) cards aren't cheap anymore: $10 for one pack of 2020 Topps baseball cards, $15 for a pack of football cards, and $100 for a single pack of NBA basketball cards.

My favorite baseball idol died recently. Joe Morgan was a Hall of Fame second baseman for my hometown Cincinnati Reds. During the 1970s, Morgan won Most Valuable Player awards in 1975 and 1976. The Reds won the World Series in those same years. He was the igniter of arguably the best baseball team ever assembled, the Big Red Machine.

The news of his passing brought back memories of my adolescent years when I collected sports cards for a hobby. There was a thrill of going to a gas station to buy a pack of cards and finding a Joe Morgan inside. As a bonus, each pack contained a stick of pink bubble gum. What a deal for a quarter.

I went to my closet to seek out the undisturbed shoeboxes that have been buried in the corner for many years. I wanted to see if I still had my Morgan card from the 1970s. Unfortunately, no. Did I put it in my bicycle spokes as a kid? Did I trade it for a Pete Rose card? Or did I just lose it in my various moves from dorm room to apartments to houses? Impossible to know.

A weird thing happened while browsing through that box of cards. I felt a sense of happiness and innocence that took me back to my childhood. It is hard to describe how looking at a stack of 3x5 cardboard photos can cause such a reaction. But ask any longtime collector and they can tell you it happens. And now the business of sports card collecting is in the midst of a giant comeback.

Recently I went to Walmart and Target to buy baseball cards. But the shelves were empty. There were hockey cards available but the spaces reserved for baseball, football and basketball cards were bare. So I went to Collector's Connection in the Village Square Mall in Duluth.

The store has changed a lot since I last spent my money there on packs of cards. Vintage vinyl albums, comics and magic games now take up sections of the eclectic store. But right in the center of the store, in the glass cases, were the new cards and sports memorabilia. That's when sticker shock hit: $10 for one pack of 2020 Topps baseball cards, $15 for a pack of football cards, and $100 for a single pack of NBA basketball cards.

I sat down with shop co-owner Aaron Davis, who started the business in 1982, and asked him what has happened with the current state of card collecting.

Q Why the boom in card collecting?

A Covid restrictions are the biggest factor. People were sheltered in place. No one was going anywhere and people started doing home improvement projects. During this time they found their boxes of cards again.

Another reason is that sports were suspended for a while and fans still wanted to be connected to their favorite players and teams so they could do this by buying new cards.

Another reason was the volatility of the stock market. Fewer people were investing in the market and had extra money to purchase cards.

Q Why are the prices so high?

A The quality of cards are so much better today than in the past. The photos are all glossy finished and very shiny. There is only a limited supply of each star, not mass produced like in the 1990s. The cards are thicker with more autographs and limited print cards.

And there are (fewer) companies producing cards so it is a supply and demand issue.

Q What are some of the big cards to acquire?

A The New York Yankees have a prospect, Jasson Dominguez. He hasn't played in the majors yet but his rookie Bowman chrome card is selling for over $15,000 on eBay. Card collecting is becoming similar to stocks where you purchase a card now and hope the value continues to go up. 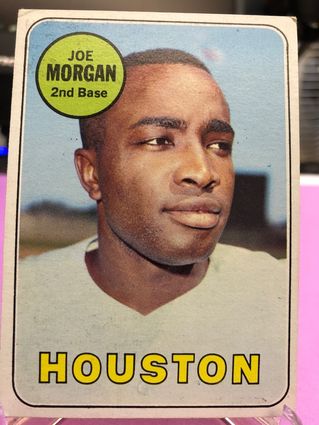 Joe Morgan was a Hall of Fame second baseman for my hometown Cincinnati Reds. During the 1970s, Morgan won Most Valuable Player awards in 1975 and 1976.

Q Any value left in the old cards?

A Vintage cards of the old stars like Mickey Mantle, Nolan Ryan or Hank Aaron will always be valuable. They have slow and steady growth. There are price jumps when players get elected into the Hall of Fame for their sport. You can buy a Beckett price guide magazine to get accurate values of each card.

QAny advice for someone who wants to start collecting?

A Collect what you like. Favorite teams, favorite players. If packs are too expensive, you can purchase single cards for your collection. Dads bring in their kids to get them started in a hobby that has given them much joy. I have collectors from ages 8 to 60.