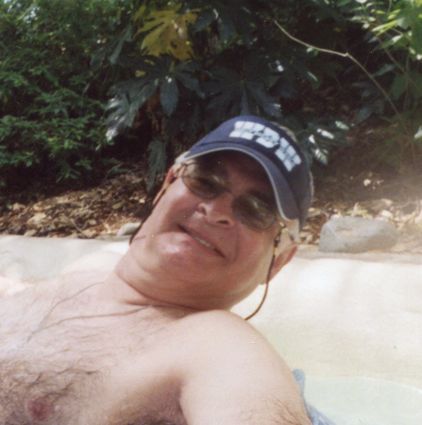 Terrance John Salo, 73, of Cloquet passed away from various health issues on Oct. 22, 2020, in Essentia Health-St. Mary's Medical Center in Duluth with his family by his side.

He was born Oct. 9, 1947, in Esko to Harold and Nina (Johnson) Salo. He graduated from Esko High School in 1965. While in high school he was a three-sport athlete, running track and playing football and basketball. After high school he attended culinary school in St. Paul and then went to work at the London House restaurant in Duluth. Terry was drafted into the U.S. Army, serving in Vietnam 1968-1969 as a landing craft operator. He finished his service as a general's aide.

Terry worked at Minnesota Power for 36 years, retiring in 2005. He met Marlene Johnson while working there, and they were married on May 30, 1981. For the past 39 years the couple had a lot of fun and a very good life. They enjoyed bowling, golfing, traveling, and spending time with family. In recent years, they enjoyed hunting at the cabin in Floodwood. Terry also had a great time deer hunting with the guys at Linwood Lake. He definitely had to have his saunas. He and Marlene also enjoyed going to Cloquet high school sports events.

Terry was preceded in death by his parents, aunts and uncles.

He is survived and will be dearly missed by his wife, Marlene; his children Angel (John) Cushma, Todd (Jodie) Salo and Kyle (Cindy) Salo, all of Atlanta, and their mother, Kathryn Cummings of Pensacola, Florida; his son Adam (Kimberly) Salo of Cloquet; grandchildren, Josh (Jessica), Jordan, Kirsten, Peyton, Zack, Cooper, Isabella, and the newest sweet girl, Estelle, whom Terry was able to hold and love; one great-granddaughter, Maddison; brothers, Tom (Mary), Frank (Susan), and Jeff (Cindy); brother-in-law, Bill (Kathy) Johnson of Duluth; sisters-in-law, Linda (Jim) Kohtala and Julie Johnson, both of Duluth; many nieces and nephews; and his best pal, Buck.

The family would like to thank Interim HealthCare, St. Croix Hospice, and Essentia for the most wonderful, thoughtful care. It means so much.

A Celebration of Life will be held at a later date. Inurnment will be in the Minnesota State Veterans Cemetery in Duluth. To sign the guest book and offer an online tribute, see http://www.atkinsnorthlandfuneralhome.com.