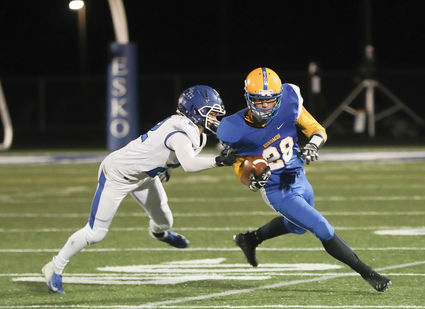 Entering Friday’s home game, the Eskomos were 2-1 and facing a Mora team that was undefeated and averaging 38 points per game through three games.

When the wind died down following the game, the Mustangs were still undefeated and handed the hometown team a 40-18 loss.

The Mustangs raced out to a 14-0 lead early in the first quarter on a 48-yard touchdown run by Koby Swanson and a 5-yard touchdown blast by Caleb Anderson. Bennett Wright ran in for the 2-point conversion on the first score...