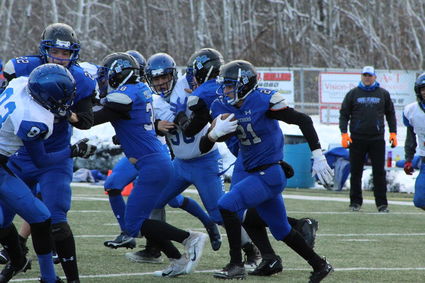 The Panthers Connor Bushbaum runs for a touchdown earlier this season.

It took just 43 seconds into the game for the Hermantown Hawks to send a message to the Cloquet Lumberjacks Friday night. A 79-yard touchdown pass put the Hawks ahead 7-0 and set the tone for the remainder of the game.

"Hermantown is a good football team and I wasn't surprised that they came out and played well," said Cloquet head coach Tom Lenarz. "I was somewhat surprised at the yardage they were able to generate on the ground. After watching the film it is clear that it was a combination of them doing some things well and some of our...