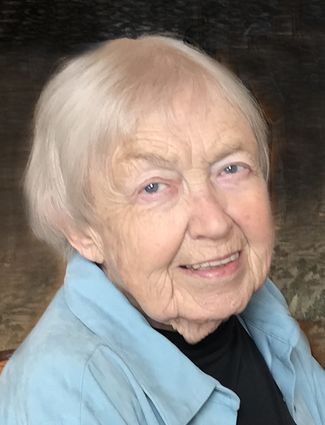 Winnifred “Winnie” Jacquelyn Gustafson, 88, of Esko, passed away on Tuesday, November 17, 2020, in her home. Winnie was born September 14, 1932, in Duluth, MN, to Carl and Laura Sundquist. She was raised in Hermantown, Minnesota, and graduated from Hermantown High School in 1950. She then attended St. Luke’s School of Nursing, becoming a RN in 1953. She married Donald Gustafson on August 31, 1953, at Gethsemane Covenant Church in Hermantown. They were married for almost 57 years before his passing in 2010.

Winnie’s career in nursing led her to work in various hospitals: Hotel Diu Hospital in El Paso, TX; Bethesda Hospital in St. Paul, MN; Nopeming Nursing Home; and Cloquet Memorial Hospital. She continued her studies at St. Scholastica in Duluth and earned her Bachelor’s Degree in 1979. In 1981 she received her Master’s Degree in Nursing from the University of Minnesota. She taught nursing at Gustavus Adolphus College, University of Wisconsin, Superior, and Esko High School. In 1990 she was a founding member of the Duluth Parish Nurse program, a movement developed under CHUM (Central Heights United Ministry) to provide nursing care for the wellness of body, mind and spirt through churches and parishes.

Winnie was part of the church communities at First Covenant Duluth and Gloria Dei Lutheran Church. She was a contributor to the Hermantown Historical Society and was on the Floy Gillman Scheidler Foundation Board. She served as a member and an officer of the Minnesota Nurses Association.

Winnie was an accomplished pianist, avid reader, lover of theater, passionate traveler, technology enthusiast, lifelong learner of history, philosophy, religion, music, health care, current events and “anything interesting”. She deeply loved her family and spending time together was always a favorite thing to do. Her faith was a constant cornerstone in her life.

The family is extremely grateful to Ecumen Hospice, Home Instead, Shanon Thomsen, and Dr. Okechukwu Iwu for their support and loving care.

Due to COVID-19 restrictions, the funeral service for Winnie will be held online via Zoom on Saturday, November 21 at 3:00 p.m. Click here to RSVP for the service: https://us02web.zoom.us/meeting/register/tZErduqgqD0pGtyX73mPw-Xxthr0gymlzSW1

A video recording of the service will be posted on the Atkins Northland Funeral Home website. Interment will be in Solway Cemetery in the Spring. Cards of condolence and flowers may be sent to the family c/o Atkins Northland Funeral Home, 801 14th St., Cloquet, MN 55720. The family has designated Arrowhead Parish Nurse Association for memorial contributions: APNA, PO 16328, Duluth, MN 55816.

To sign the guest book and offer an online tribute, see http://www.atkinsnorthlandfuneralhome.com