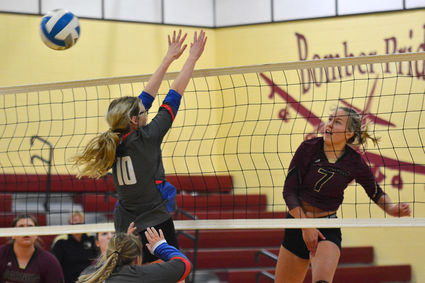 In a neighborhood volleyball match up on Thursday, Nov. 12, host Barnum improved its record to 9-1 on the season with a 25-9, 25-8, 25-8 win over Moose Lake/Willow River, which had to scramble players after a Covid-19 exposure.

"We played well together and used everyone on the court," said Barnum coach Corina Newman. "We served well with only three service errors all night."

While the Bombers were excited about picking up a win against their perennial tough neighbors, the Rebels were trying to use the game as a learning tool under tough conditions. 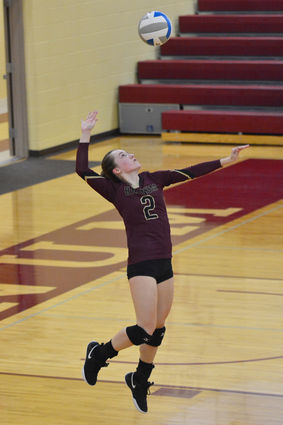 "Our game against Barnum was a learning experience," said coach Kelsey Swanstrom. "That was our first game where we were missing one of my starting outside senior hitters, one of my starting middle hitters (a junior), my only setter who is a senior and my starting right side who is a sophomore. So, four of my seven starters were out due to the pandemic. So we had a lot of our younger players who had to come up and there were a lot of really great moments for a young team."

"Right now we are working hard to read the blockers to allow us to make better hitting choices," Newman said.

For Swanstrom the game was a bit of a scramble in trying to figure out how and where to fill holes due to a depleted line up due to Covid-19 precautions.

"Our JV starting outside, Jorja Jusczak was actually converted into a setter basically overnight and ended up running a 5-1 for me on my varsity team which speaks to her athletic ability," said Swanstrom.

The loss dropped Moose Lake/Willow River to 2-7 on the season.