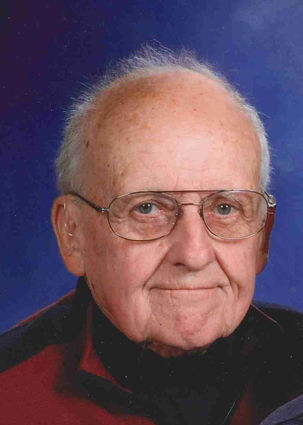 Arthur Allen Johnson, 92, died peacefully on Sunday, Dec. 6, 2020 at Inter-Faith Care Center in Carlton, Minnesota. He was born on June 11, 1928 in Minneapolis to Arthur Rudolph Johnson and Florence Reed. Art was a two-time U.S. Army veteran of both World War II and the Korean War. Following the war, he married Charlotte Ann Johnson on June 16, 1956, and they started a family. He was employed as the printer at the Conwed wood conversion plant for many years. Art had a passion for the Minnesota Twins, making jokes, and a soft spot for his pets over the years, especially his daughter Trish’s dog, Sophie. He was an avid reader of World War II history and he had a natural ability to draw. Art also instilled a love of music in his children over the years; he would be found listening to swing music and using his arms to direct the band. He survived cancer twice and was sober for more than 40 years. Art was a lifetime member of the Cloquet VFW, former commander of the Carlton VFW, volunteered as a driver for Meals on Wheels and helped keep others sober through his work with A.A.

Art was preceded in death by his parents, and his wife, Charlotte, earlier this year.

A private family graveside service will be held at a later date. Art will be laid to rest in the Minnesota State Veterans Cemetery in Saginaw, Minnesota. All memorials will be used to thank the staff at Inter-Faith Care Center for all their loving care. Military honors will be accorded by the Cloquet Combined Honor Guard. Nelson Funeral Care assisted the family with arrangements. To view the guestbook visit http://www.nelsonfuneralcare.net.