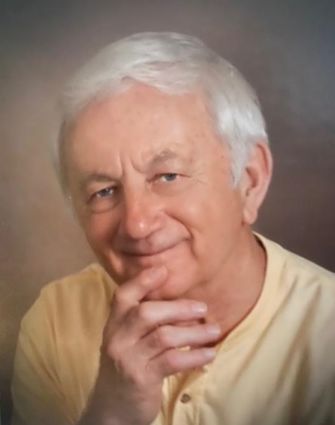 Gerald K. Anderson, 83, of Esko passed away Dec. 1, 2020 at Community Memorial Hospital in Cloquet. He was born April 3, 1937 in Cloquet to Howard and Dorothy Anderson.

Jerry graduated from Esko High School. He was the last surviving member of the starting five from the 1955 Esko state consolation championship basketball team.

On Oct. 13, 1956, he married his high school sweetheart, Lois Duzan. Jerry worked at the Wood Conversion company and Elliott Meats before starting his own commercial cleaning business, from which he retired in 2016.

Jerry had so many friends, he would walk up to any person and start up a conversation anytime. Jerry loved camping and fishing with family and friends as well as fishing off the dock at Lake Vermilion, then heading to the campfire after dark. In the fall it was tradition to spend his weekends at the hunting shack with the guys. He especially loved his ice fishing house on Lake of the Woods and most recently on Red Lake. He always said the mailbox will be out front until the ice road melts.

Jerry and Lois loved watching high school basketball games and attended as many as they could. Jerry was so very proud of his Eskomos when the boys won the state title in 2014 and the girls placed third.

Jerry was preceded in death by his parents; father- and mother-in-law, Ervon and Dorothy Duzan; and sister-in-law, Mary Ann Duzan.

He is survived by his wife of 64 years, Lois; sons, Curtis (Denise) Anderson and Todd (Sue) Anderson, both of Esko, and Shawn (Cyndi) Anderson of Fort Worth, Texas; daughter, Cindy (Jeff) Salo of Esko; brothers, Richard (Winnie) of Esko and Fred (Bonnie) of Cloquet; sisters, Barbara (Edward) Stahlbusch of Barnum and Janet (Doug) Neisen of Cloquet; brother-in-law, Richard Duzan of Shakopee; seven grandchildren and six great-grandchildren; and many nieces and nephews.

Services will be held at a later date. To sign the guest book and offer an online tribute, see http://www.atkinsnorthlandfuneralhome.com.