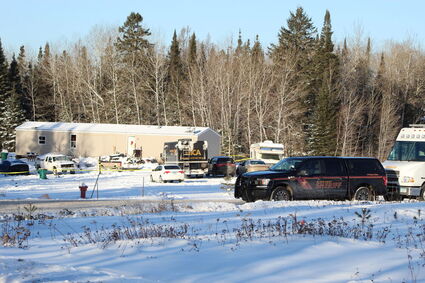 Cutline: By late Monday morning, the single-family home on the 3600 block of Giiniw Road where a 16-year-old boy was shot and killed just after 1 a.m. was surrounded by yellow crime-scene tape. A BCA crime scene team RV and a St. Louis County mobile command RV were parked outside along with other law enforcement vehicles, but the dead-end road was all quiet.

A 16-year-old boy was shot and killed outside a home on the Fond du Lac Reservation early Monday morning and an arrest warrant was signed Tuesday for another teenager, 18-year-old Joseph James Fohrenkam, who is wanted by police.

According to a press release from the St. Louis County Sheriff's Office, deputies and officers from the Fond du Lac Police Department responded to a call at 1:19 a.m. Monday reporting that someone was shot. When officers arrived at the rural St. Louis County home, they found a deceased 16-year-old male outside of the residence. Initial investigation found the deceased - whose name was withheld by police pending positive identification and notification of family members - was shot with a firearm. Two adult females were later located and interviewed inside the residence on the 3600 block of Giiniw Road, which dead-ends just a few hundred yards from the home.

On Tuesday afternoon, the St. Louis County Sheriff's Office said the investigation uncovered evidence that Joseph Fohrenkam is responsible for the death. Fohrenkam is still at large, and believed to be accompanied by his mother, Littlefawn Fohrenkam, age 38. He may still be in possession of a 9mm handgun, according to the SLC press release.

The mother and son are two of three people wanted for questioning after the shooting. The third person, Trae Shabaiash, 25, was located and is cooperating with the investigation.

It is a multi-agency investigation that has also included the Minnesota Bureau of Criminal Apprehension (BCA) and the Fond du Lac Police Department. 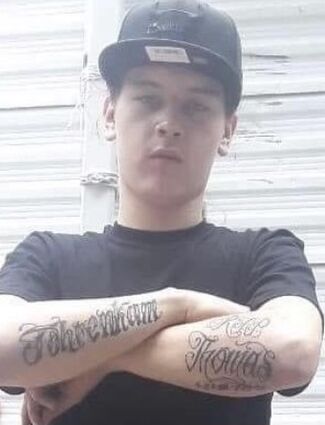 Joe Fohrenkam, 18, is suspected in the shooting death of an unnamed 16-year-old teenager early Monday on the Fond du Lac Reservation in rural St. Louis County. He is still at large.

Joseph Fohrenkam is wanted on charges of manslaughter in the second degree. Anyone with information on this incident or knows the whereabouts of Joseph or Littlefawn Fohrenkam is asked to call the St. Louis County Sheriff's Office by calling 218-625-3581.

According to Minnesota State Statute 609.205, a person can be charged with second-degree manslaughter if prosecutors can prove one of five different means outlined in state law, including by the person's "culpable negligence whereby the person creates an unreasonable risk, and consciously takes chances of causing death or great bodily harm to another;" or by shooting another with a firearm or other dangerous weapon as a result of negligently believing the other to be a deer or other animal.

The Sheriff's office won't release the victim's name until the Midwest Medical Examiner's office has made an official positive identification, but local residents and students who went to school with the victim have already posted condolences on his Facebook page. Among the friends listed there is Joe Fohrenkam.