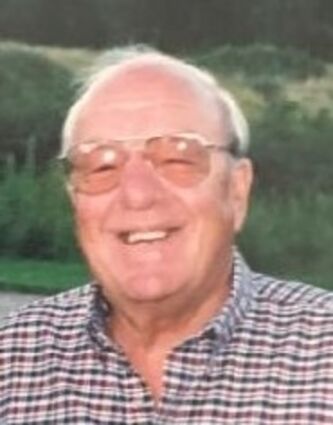 Martin "Dude" Barr, 95, passed peacefully on Dec. 26, 2020, to reunite with the love of his life, his wife of 69 years, Joyce (Larson) Barr. He loved the outdoors, was an avid hunter, and a great family man... and also a very capable trickster, playing practical tricks on anyone he deemed to be his friend.

Dude was born on June 22, 1925, in Cloquet, where he grew up and ultimately met his sweetheart, Joyce, in high school. He played football and basketball in high school and loved to both hunt and fish.

After serving his country he came home and earned a degree in mortuary science at the University of Minnesota, and married Joyce shortly thereafter. Armed with his new degree, he and his brother Robert opened Barr Brothers Funeral Home in Cloquet where he served the residents for many years. Both Dude and Joy loved to travel, meet new friends, and see new places. Naples was one of their favorite places, as well as their summer home in Thompson, Michigan, where he had many relatives. Family was very important to Dude; he had a strong faith and passed that on to his family. After Joyce passed, he lived with his daughter Jennifer and her husband, Randy. His special buddy was their Irish Setter, Finn, who spent every day by his side.

Dude was preceded in death by his parents, Martin and Eva Barr; wife, Joyce; and brother, Robert. He is survived by his son, Brad (Amy) Barr; daughters Jennifer (Randy) Rimstad, Brenda Barr, and Janice (Scott) Montgomery; and 11 grandchildren and 18 great-grandchildren. He will be greatly missed by all.

A simple graveside service was held for family on Wednesday, Dec. 30 at Maple Grove Cemetery. Any memorials may be sent to your local hospice.