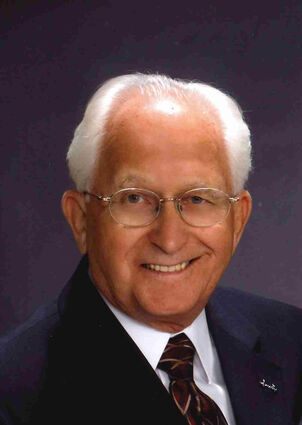 Anthony "Tony" Jurek, 88, of Cloquet passed away with family by his side on Thursday, Dec. 31, 2020. He was born Feb. 25, 1932 in Split Rock Township, the son of Stephen and Anna (Womniecki) Jurek. At the tender age of 17, Tony enlisted in the U.S. Army in 1949 and was deployed to the Korean War. He was soon captured and spent 33 months in a POW Camp. After his release and honorable discharge as a Sergeant, Tony married the love of his life, Marjorie Jezierski, on September 10, 1955. He was a member of the 2nd Engineer Combat Battalion Association, was Past Commander of the Hebert-Kennedy VFW Post 3979 and the Cloquet Combined Honor Guard, was involved in the DAV Chapter 18, the Carl Anderson American Legion Post 262, Bishop Welch Council Knights of Columbus, was past president of the Cloquet Hockey Association, and was a member of the Catholic Church of St. Casimir and Queen of Peace Catholic Church. He retired as a captain from the Cloquet fire department and owned and operated Jurek Siding.

An evening visitation will be held at Nelson Funeral Care 5-7 p.m. Wednesday, January 6, 2021 with a 6:30 p.m. Rosary led by the Knights of Columbus. An 11 a.m. Mass of Christian Burial will be held at Queen of Peace Catholic Church on Thursday, Jan. 7 with visitation one hour prior to the service. Masks and social distancing are required. Interment will be held in New Calvary Cemetery. To leave an online condolence, visit the family guestbook at http://www.nelsonfuneralcare.net.