Harry's Gang: On court, experience should be valued over any ideology 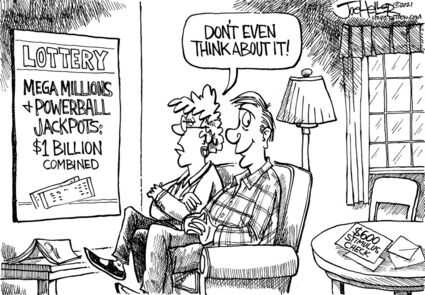 The Supreme Court took a hard turn to conservatism when President Trump appointed Amy Coney Barrett just a few months ago. Despite the disappointing way she was confirmed to the court, she exhibits the finest qualities we should look for in a Supreme Court Justice: moderation and restraint.

Coney Barrett has been portrayed as a deeply conservative legal advocate. You may be surprised that many on the liberal spectrum are satisfied with her on the bench, even though the Senate confirmed her along party lines, 52-48. But in reality, many trust her role on the court, while conservative, will be acceptable.

Her background includes a short stint as a judge on the Court of Appeals for the Seventh Circuit, but most of her career was spent teaching at Notre Dame Law School, teaching civil procedure (the rules on bringing and governing lawsuits), and constitutional law. She attended Rhodes College in Tennessee (not to be confused with being a Rhodes scholar, which is a scholarship program for students to study at Oxford), graduating with honors, and went on to Notre Dame Law School, where she graduated at the top of her class and was editor of the Law Review. She clerked for Antonin Scalia, and there is no better prep for becoming a Supreme Court justice than clerking for a sitting justice.

That's an impressive resume for a Supreme Court justice. The position is, actually, an academic job. You don't need trial skills, or even practical experience working in a law firm. Some of you may disagree with me on this. It involves analyzing the law; the Constitution; and the results of cases decided before them, called precedence in legal terms.

So the political bent of a candidate is not nearly as important as their credentials and their resume. From that, confirming senators should be able to distinguish a potential justice with a political, activist agenda from a serious student of the law. It's the student of the law we should appoint.

So, what does a judge do, exactly? In their most basic form, they resolve disputes. You and I can't agree on how much money I owe you, so we bring it to court and the judge applies the law to the facts and makes a decision. A criminal commits an act that the state thinks is a crime, but the criminal thinks the state can't prove he did anything wrong. Well, the judge listens to the evidence and the facts, as determined by a jury, and makes a decision.

By the time you get to the United State Supreme Court, the issues are very, very narrow: Does a criminal have the right to an attorney, even if he can't afford one? Can the government condemn property for a highway if the highway isn't really necessary? Do women have the right to control what happens to their bodie if they are in the process of reproducing?

In those cases, we want people on the Supreme Court who rule cautiously, slowly, and deliberatively. No rash decisions here. The court must be able to find a constitutional basis for every decision, and they can't allow pressure from politicians to sway their decisions.

It's been said the framers gave us two houses of Congress so one, elected every two years, can bend to the popular whim. And the second, elected to six-year terms, can be more deliberative and make unpopular, but necessary, decisions without fear of immediate repercussions.

I think the framers intended the Supreme Court, with justices appointed for life, to move so slowly that the only change that comes out of their decisions is slow, incremental, and necessary. This provides some stability and predictability to our nation.

That's why the newest justice, rushed through the nomination process and expected by her nominator to be loyal and return a favor, agreed to decline hearing lawsuits brought before the court to challenge the election results. She was faithful to the law, and to the Constitution.

That's the way it should be. I wish we had more progressives on the Supreme Court, and I think our nation would be better off that way. But I can live with a Supreme Court full of justices dedicated to the law. God help us if the politicians take over the courts.