After a stellar football career at the University of Minnesota Duluth, Terry Egerdahl of Proctor was drafted in April of 1976 by the Minnesota Vikings. This clip from the Minneapolis Tribune shows Egerdahl, far left, with other draftees and Vikings coach Bud Grant. Egerdahl was cut on the final days of training camp but had another shot with Chicago in 1977. When that didn't work out, he evenutally returned to Proctor to coach and teach. He died suddenly in 1980 of an apparent heart attack.

Reminiscing. It can be very somber and thought provoking wondering about what could have been. Newspapers, magazines, and television programs often give quick snapshots of those who died the past year.

My story is about a death from 40 years ago, in December 1980. Terry Egerdahl of Proctor passed away after turning 27. He died very unexpectedly from a heart attack while warming up with friends for a pickup basketball game at the Duluth Air Base. Egerdahl was not only a fantastic athlete but a great person.

I attended the University of Minnesota Duluth the same years as Egerdahl and I had fellow Cloquet grads who played football and baseball with Eggs. I was casual friends with him.

Early on I was a physical education major and spent many hours in the gymnasium playing basketball. I played in a few pickup games with Egerdahl. He was remarkably unselfish. As a teammate, he'd dribble up the court and tell me "Go, Korbs, go." I'd do everything I could to shed my defensive guy and as soon as I did, a perfect pass would be in my hands for a shot. If I happened to make it, everyone would congratulate me; but I knew I was so lucky to have Egerdahl as a teammate.

If his team needed a last-second shot, that's when Egerdahl would shine.

Every year, the UMD intramural program would have a basketball free throw shooting contest. My Cloquet buddy, Dave "Munch" Boyer, who had kidney disease, detected in high school, was still very sickly but won the event. It was tough because participants took only two shots at a basket and then moved to another hoop. Dave made 45 out of 50. Egerdahl was second with 44.

Egerdahl was a four-sport letter winner at Proctor High School in 1972. He played football, basketball, golf and baseball. His senior year he had a .636 batting average in baseball, played quarterback - running and throwing for touchdowns on a Proctor team that won the Sea Range division and made a playoff appearance - and led the Rails to the state basketball tournament, repeating what his older brother had done with Proctor eight years earlier.

As great as he was in high school, Terry enjoyed even more sports acclaim at UMD. He played football and baseball there and could easily have played basketball, but maybe figured his body needed a season break.

In 1975, Eggs led the nation's Division II colleges with a punt return average of 27.7 yards (the next best was 15.1 yards). He was all-conference, AP small college All-America, team MVP, and led UMD to a conference title, its first in 11 years. He was 6 feet, 2 inches tall and 185 pounds, but he seemed much larger.

In UMD baseball, he finished second in the conference with a .435 batting average one season, was all-conference, team MVP and captain, and won awards for athletic and scholastic excellence. Egerdahl was voted best senior athlete at UMD. I'm not sure if there was much competition.

After college, he was drafted by the Minnesota Vikings as a wide receiver and potential defensive back. Amazingly, he had Fran Tarkenton throwing him passes in the preseason. He survived to the last cut, after which he was picked up by the Chicago Bears but then got waived just before the season began.

As testament to his athletic ability, there was a story told and retold during college about an intramural hockey team short one player. The team needed someone to fill in so it didn't have to forfeit. Players bugged Egerdahl to fill up the roster but he said he hadn't played hockey since the eighth grade. He finally agreed to suit up, was the best player on the ice, and scored four goals.

One spring, Cloquet's Gary Ross and I played in a UMD intramural two-man golf tournament at Lester Park Golf Course in Duluth. There were about 25 teams. Gary and I finished third, not bad, but first place went to the old Proctor teammates Terry Egerdahl and Jim Masterson. He was an excellent golfer as well.

Frank Yetka, whom I thank for being an impeccable historical resource, was my battery mate and pitched for the Cloquet Lumberjacks. He also was Egerdahl's teammate when Yetka pitched for UMD. When asked for an Egerdahl story, he said there were many amazing tales but the one he was thinking of happened after college.

The Cloquet Foresters was the city amateur baseball team in the 1970s and 1980s with adult men from Cloquet, Proctor, Moose Lake, Esko and other nearby towns on the squad. They played in a league against other regional towns and cities. Frank said he was pitching in a game at Hibbing on a soupy, foggy night with very poor lighting, especially in the outfield. Egerdahl was playing center field. Rick Tintor - Hibbing's best player - was at bat. He was once drafted as a catcher to play professional baseball.

"The ball off Tintor's bat is hit like a rocket to the right center field gap to Egerdahl's left or glove side," Frank said. "The visibility is so bad I lost sight of the ball. How Egerdahl caught it, much less saw it, I have no idea. One of the greatest catches I've ever seen, or not seen, as the case may be," he said.

"Egerdahl was an incredible athlete," Frank said. "Not cocky, but a regular guy, but he was like Gretzky, the game slows down for those guys, they can anticipate things before they happen. He was always where the ball was going to be, not where it was."

Jim "Bat" Masterson was the same age as Egerdahl and, like Eggs, was a four-sport letterman at Proctor. He played with Egerdahl from Little League baseball through UMD. When describing Egerdahl, Masterson begins with "never wanted the limelight, never sought the attention, always gave credit to everyone else."

According to Jim, you could never get a clean hit on Egerdahl. He didn't have blazing speed, but it was always a nick or glancing blow. He was aware of everything around him.

Jim said the one Egerdahl feat that most impressed him, without hesitation, was the 1972 Region 7A high school basketball championship game. 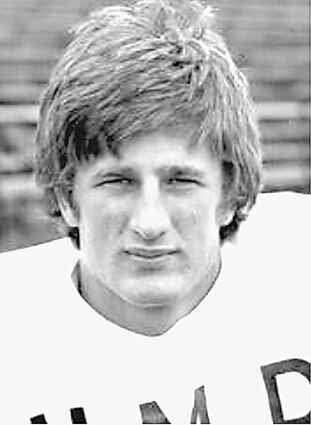 "We played Chisago Lakes with a state tourney bid on the line and we won, 76-66," he said. "Egerdahl had 39 points and 11 rebounds. He was unbelievable. And when Terry was questioned in the locker room after the game by reporters, he said the win and going to Williams Arena was due to his teammates' efforts."

At the time of his death in 1980, Terry Egerdahl was the Proctor football coach, community education director, ninth-grade basketball coach and assistant baseball coach. Maybe it shouldn't be a surprise, but right before Egerdahl came back to Proctor, after not making the NFL, he asked Masterson in all seriousness: "Do you think the people of Proctor will look upon me as a failure?"

Masterson's reply was quick. "Eggs, are you kidding? You're a hero."

The Proctor football field is named the Terry Egerdahl Field in his honor. Now, readers will know why.