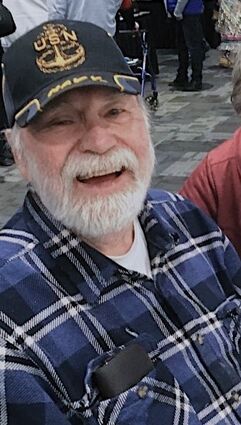 Growing up in Cloquet, Ed graduated from Cloquet High School in 1955 and served in the Navy 1955 to 1957. In February 1957, he met Carol Jeanne. They tied the knot on Oct. 24, 1958. After having their second child, Ed began school at Brown College, graduating with an associate's degree in electronics in 1963. Throughout his life, he utilized his degree as an electronic technician and also spent his time as the Perch Lake volunteer fire chief, a fire warden, former president of the Epilepsy Committee and as Santa Claus - dressing up and spreading cheer with his notable white beard.

Ed loved hunting, fishing, gardening and woodworking. He spent much of his time in the open air. He created a life for himself, his love Carol, and their five children in the home he built on Cedar Lake.

He also loved to cook: soups were his specialty. As a proud Finlander, mojakka, a traditional Finnish soup, was on his menu. Throughout their 62 years of marriage, Ed and Carol managed to travel to 34 of 50 states, Alaska being a favorite. As an avid banjo player, Ed was a proud member of the Old Timers Band. Some favorite songs were "You Are My Sunshine" and "Highway No. 7."

Ed was extremely hard-working and independent. When something needed to be done, he would get it done with ease. Ed was a dreamer, oftentimes getting things done with his own little twist. He enjoyed brain games, carrying a crossword book with him everywhere, and always made sure to watch "Wheel of Fortune" or "Jeopardy!" every night. Ed had lived a good life filled with an abundance of good people and good memories.

Ed was preceded in death by his parents and brother Reynold. There will be a small celebration of life for Edward sometime this spring.