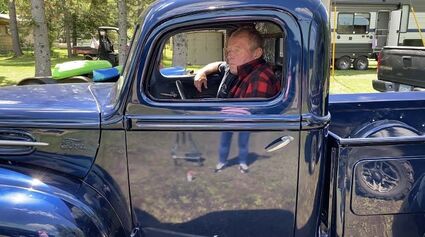 He was born Nov. 20, 1954 in Cloquet, the son of William and Ethel (Westlund) Levinski. Bud graduated from Carlton High School in 1972 and was united in marriage to Janet Merrill on Dec. 2, 1972 in Cloquet. He worked as a service technician for Junction Tire, Duluth Dodge and St. Louis County. Bud enjoyed the outdoors, hunting, fishing, four-wheeling, stock car racing, collecting cars and traveling. He especially loved his family, spending time with his nephews, and going to their summer cabin on Aerie Lake in Alborn.

Bud was preceded in death by his parents; one brother, Paul Levinski; one sister, Karen Sabin; and his father-in-law, Thomas Merrill.

A Celebration of Life for Bud was held Feb. 24 at Nelson Funeral Care in Cloquet.