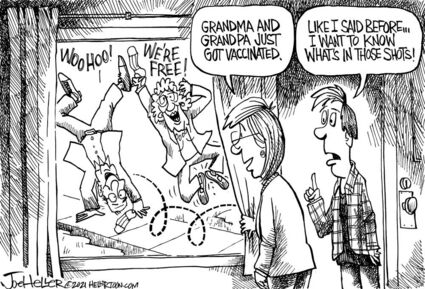 That was quite a cold snap we just outlived, with 13 days in a row with lows of around 20 degrees below zero or even lower. Many of those days it never rose above zero. Our furnaces worked nonstop the whole time, or at least it sure seemed that way.

Thank goodness that's over. It's been so warm this past week, relatively, that I can actually see brown spots in my yard. Sure, there's still plenty of snow and a big chance a blizzard will blanket us with snow before spring actually arrives, but this week's melt has been good for the soul.

But we'll still feel the lingering effects of the cold snap. Those furnaces used up a lot of natural gas, propane and fuel oil to heat our homes. Most homes in town are hooked up to natural gas pipelines, and many of those outside the lines are attached to propane tanks or fuel oil tanks, filled by trucks roving the area from local companies, large and small.

I feel for those propane and fuel oil companies. You'd think that they love the cold weather, because people use more fuel, increasing sales and thus increasing profits. But that's not exactly how it works. Many people take advantage of pre-buy contract pricing, meaning they signed a contract last summer to buy propane at a set price, no matter how high the price gets in the colder months. Pre-buy provides a little stability to the average customer, who probably should be budgeting their monthly fuel bills anyway. The fuel companies like it, too, because the pre-buy price is usually more profitable for the company. But when we get a crazy cold snap, these companies are obligated to supply fuel at a price that is sometimes lower than the wholesale price. That's what happened this past month.

People should know about the "spot market," where utilities buy extra fuel during these periods of peak use. While utilities rely on contract prices for most of their fuel supply, when it gets super cold, most need to buy extra fuel on the spot market at whatever price the market is at. With the cold snap in the southern states and the debacle in Texas, those spot market prices for natural gas and propane skyrocketed.

Of course, that extra expense will be passed on to customers one way or another - for example, those customers on a fixed price plan this season will see their bills rise next year to make up the difference. Not everyone is on a fixed-price contract, so those who pay rates that fluctuate with the market get a double whammy: not only did they use more fuel to battle the extreme cold, but the price per unit of fuel went high, too.

So how do companies like Minnesota Energy Resources (a Wisconsin company, by the way, which supplies Cloquet citizens with natural gas) make up the financial losses? Well, that's an interesting story. I chatted with Matt Cullen, a media relations guy from the gas company, who told me that the company certainly had to buy fuel on the spot market at higher prices than they anticipated. "We work with the Minnesota Public Utilities Commission on a recovery plan for these costs," he told me, adding that the extra costs will be spread out over 12 months, starting this September. That's typical for public utilities. Customers will eventually pay the increased cost, but it will be spread out to soften the pain. 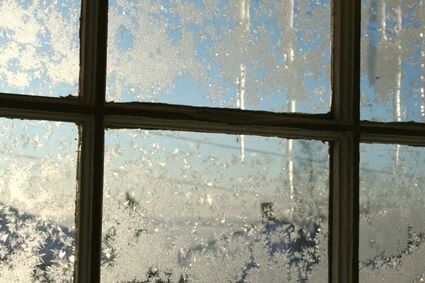 Propane and fuel oil companies are handled differently. They aren't regulated by the PUC, but they do have to answer to their customers and the competition. Lakes Gas CEO Trent Hampton told me they buy in bulk and store a whole lot of propane at storage tanks in Proctor, which helps them weather the cold snaps a little better than many smaller companies can do. "Still, we had to buy on the spot market, too, last month. We try to absorb the cost as much as we can, but yes, it does get passed along to the consumer eventually," he said. "We actually sold some fuel to our pre-buy contract customers for less than we paid for it."

I hope people who are suffering from outrageous fuel bills know that there is some help out there for them. People should contact their fuel provider to see if they qualify for assistance.