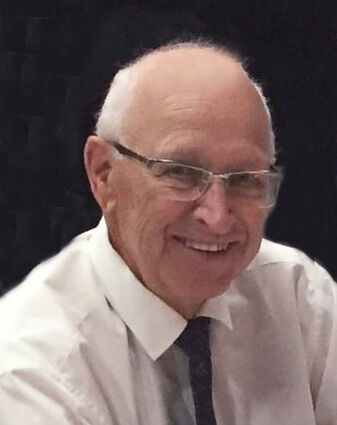 Robert "Bob" Charles Gerlach, 86, died Jan. 23, 2021, at Northern Lakes Assisted Living in Baxter, with his family by his side.

Bob was born on April 6, 1934 in Red Wing to Carl and Grace (Nilan) Gerlach. Bob was preceded in death by his parents, and his two sisters Betty Lou Gerlach and Dorothy McCann Waletzko.

Bob spent most of his childhood in Hastings, where he graduated from high school in 1952. Following high school, he went on to earn his undergraduate degree in education from the University of Wisconsin Rivers Falls, and eventually two postgraduate degrees from the University of Minnesota Duluth. He married Mary J. Woods on Aug. 6, 1960, and they celebrated their 60th wedding anniversary this past summer. Bob was employed by the Cloquet school district for 34 years as a social studies teacher, coach, and principal, until his retirement in 1991. During his time with the schools, Bob coached cross country, basketball, track and field, and golf. After Bob retired from coaching, he continued his involvement in athletics as a football and basketball official at both the high school and collegiate level.

Bob had a strong Christian faith and was a member of Queen of Peace Catholic Church for 40 years, serving many years on the church council. Bob also volunteered with various Cloquet community organizations. Bob and Mary enjoyed spending time with friends and family during their many summers on Big Lake, and later during their retirement years wintering in Fort Myers. An avid golfer for more than 70 years, he forged many long-lasting friendships during his time as a member of the Big Lake Golf Club, Cloquet Country Club, Pine Meadows Golf Club, and the Legacy Golf Course in Brainerd.

Bob's greatest joy in his life was his family, and doing whatever he could do to support them. Along with Mary, Bob was his children's and grandchildren's biggest fan, from youth activities through high school and collegiate competitions, rarely missing an event.

The family would like to give a special thank-you for the wonderful support and care provided by Good Neighbor Home Health Care, and all the caregivers at St. Croix Hospice, and Northern Lakes Assisted Living. In lieu of flowers, the family requests memorial donations be made to the Cloquet Educational Foundation, 302 14th Street, Cloquet MN 55720.

Visitation: 10 a.m. until the 11 a.m. Mass of Christian Burial Saturday, March 13 at Queen of Peace Catholic Church in Cloquet, with burial to follow at New Calvary Cemetery in Cloquet. Nelson Funeral Care assisted the family with the arrangements.