Harry's Gang: State of the city 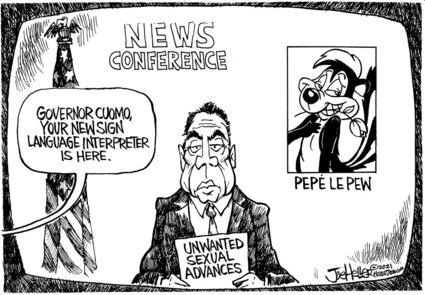 I had a chance to chat with Cloquet city administrator Tim Peterson this week. He's been on the job a bit over a year now, so I figured he's been acclimated to his new job enough to give us a decent State of the City address, informally, of course.

"The question is: How do we renew and sustain the businesses we already have?" Peterson said. He said that economic development has several components: How do we sustain the old businesses? What can we offer to new businesses? And, we need to remember that a variety of business development is better than focusing on just one or two areas. For example, Cloquet is well-known for its wood industries, but large businesses such as Upper Lakes Foods provide a completely different style of good employment. "We need a mix," Peterson said, to sustain a healthy local economy.

"The same approach applies to housing," Peterson said. There's plenty of old housing stock in town, and some new apartment developments, but he recognizes that appropriate housing goes hand in hand with economic development. "More business means we need decent housing for new workers," he said.

Remember the business park located just north of town? When the land was turned into a business park almost 20 years ago, it seemed we needed new space to expand, but the economy collapsed shortly after the purchase. It's been nearly empty ever since. How does the city plan to fill it up?

"We need to withstand the pressure we're under to rezone that area for some things it wasn't intended for," Peterson told me. I wanted him to get specific, but all he could really tell me is that there are some proposals that would require a major zoning change, and once that happens, the area won't be available for what it was intended for.

Like a Target store? I asked him, which made him laugh. I'm guessing he knows Target has no plans to come to Cloquet, but a guy can dream, can't he?

Peterson also told me that Essentia is starting up again, after its planned expansion into Cloquet stalled last year. "Those are good jobs, and hopefully some current employees living in Cloquet won't have to drive to Duluth anymore," he said.

I pointed out that some of us are worried that Essentia's presence in town might affect the local hospital. "I sure hope not," he said. "Our hospital is strong and well-run. I see it as complementary, not competitive."

We then started talking about infrastructure.

"We need to figure out a sustainable funding source for capital improvements," he told me. For example, he pointed out that much of the utilities buried underneath city streets are aging and will eventually need replacement. He wants the city to get to a place where the fees generated by water and sewer are sufficient to regularly and routinely update and replace the pipes as needed. "We're doing 14th Street this year using some of the city sales tax money. But that sales tax will expire. So we need a more sustainable source of revenue," he told me. To me, this seems like a reasonable goal, but Peterson did agree that special assessments for some of the work is inevitable.

I brought up the proposed roundabout at 14th Street and Washington Avenue, which is part of the street renovation this summer. "People make a lot of noise when a roundabout is proposed. But after they are put in, we get very few complaints," he said.

When I first heard about it, I was expecting one as big as the roundabout at Highway 33 and I-35. But this one will be much smaller, he told me. "It's a great solution to the traffic congestion at peak times, while not affecting the thoroughfare much during the rest of the day," Peterson said.

Such major issues are a part of the job. "But it's the little things though, that make Cloquet so great," he said. "The parks, smooth roads, easy access to amenities, etc.," Peterson said. After just one year, it's too early to judge his success as city administrator, but to me it looks like he's off to a decent start.

Pete Radosevich is the publisher of the Pine Knot News community newspaper and an attorney in Esko who hosts the cable access talk show Harry's Gang on CAT-7. His opinions are his own. Contact him at [email protected]