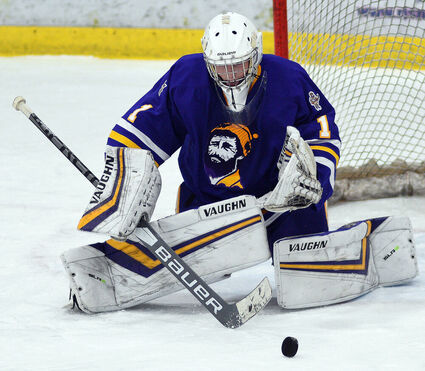 After one period in Thursday night's hockey game against Duluth East, Cloquet-Esko-Carlton hockey coach Shea Walters might have thought, "here we go again." But - after falling twice to the Greyhounds this season - the Lumberjacks mounted a comeback and ended up in a 2-2 tie.

The Greyhounds scored two goals, including one by Aiden Spenningsby just 1:08 into the game, and led 2-0 after one period. The Lumberjacks got their offense jump-started at the 3-minute mark of the second period when Logan Dushkin scored an even strength goal that pulled CEC within 2-1.

"Dushkin's goal is just one of several he has had this year that has helped spark and motivate the team in the right direction," Walters said. "We played fast as a team and I was happy with that."

East spent a lot of time in the penalty box and the 'Jacks finally made them pay when Cade Anderson scored on the power play with an assist by Hunter Finnila at the 4:03 mark of the final stanza, which knotted the score at 2-2. 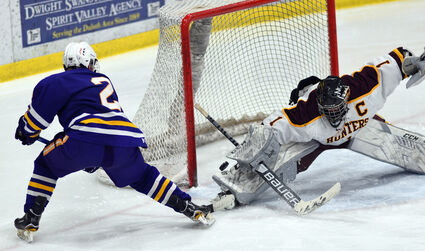 "We had several opportunities that we just missed on," said Walters. "Had we scored on those, it would have opened the floodgates."

In fact, CEC went 1 for 11 on the power play and had numerous chances to turn the game, but just couldn't convert and salt the game away.

Walters singled out goalie Zach Tyman as having a strong game. Tyman made 38 saves on 40 East shots.

The Lumberjacks followed up their East win with a 6-0 loss to Grand Rapids on Saturday, but they bounced back on Monday with an impressive 4-3 win over a very good Duluth Denfeld squad. The CEC boys are now 10-6-1 on the season.