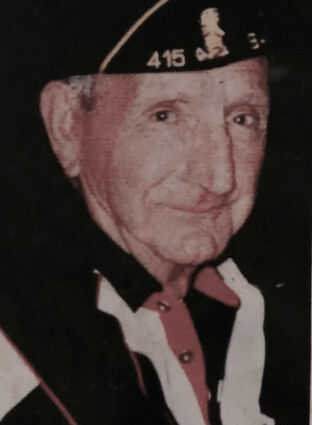 Lawrence F. Grimm, 90, of Moose Lake passed away Monday, March 15, 2021, at St. Mary's Hospital in Duluth. He was born June 24, 1930 in Mahtowa, the son of Francis and Charlotte (Nesbitt) Grimm. Lawrence served as a sergeant in the U.S. Air Force during the Korean War 1951-1955 and was a member of the American Legion Post 415 in Barnum. He was a member of Holy Angels Catholic Church in Moose Lake and Teamsters Union Local 346, and enjoyed auction sales, stock car racing, airplane shows, cutting firewood, playing bingo, agate picking, eating at Arts Café, and especially "scrapping."

Lawrence would like to thank all his friends and relatives for sharing memories in his long-fulfilled life. He enjoyed all his friends at his apartment building, and his two very special friends, Carol and Heather.

Lawrence was preceded in death by his parents; his wife, Josephine; a daughter, Cynthia Erickson; brother Robert Grimm and infant brother August Grimm; and a sister, Theresa Robertson.

Visitation: 10 a.m. until the 11 a.m. memorial service Saturday, March 27 at Nelson Funeral Care in Cloquet. Military Honors will be presented by the Cloquet Combined Honor Guard. The service will be followed by a luncheon in the fellowship room. Inurnment will be at Riverside Cemetery in Barnum at a later date. The funeral may be viewed on Zoom, Meeting ID: 860 1874 7951, Passcode: 624493.

To leave a condolence for the family, visit the online guestbook at http://www.nelsonfuneralcare.net.