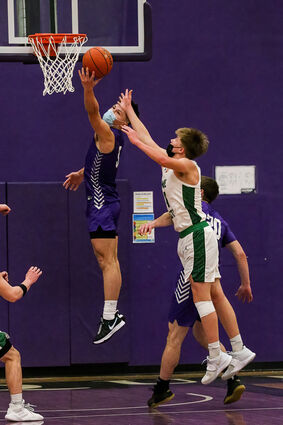 Cloquet's Conner Barney goes up for a shot against Pine City earlier this season. Barney came to the team because the Fond du Lac Ojibwe school did not field a basketball team this year. He has made a significant difference to the Lumberjacks lineup.

The Cloquet boys basketball team last week won the Lake Superior Conference title for the first time since 2014 by going 9-0 in conference play this season. "It's been a pretty good season so far," said Cloquet head coach Steve Battaglia. "For such an unknown season we have played pretty darn well. We only had two games all season where we just struggled. We beat the teams we should have beaten and were in most of the games, so I like where the team is at." The No. 3 seed Lumberjacks play No. 6 seed Hermantown at Cloquet Middle School at noon Saturday in the first round of the Section 7AAA playoffs. 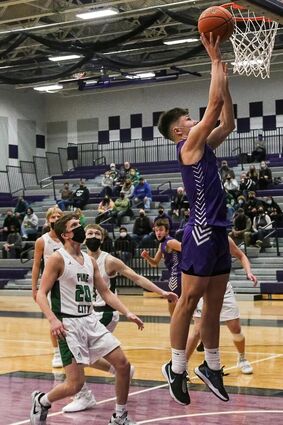