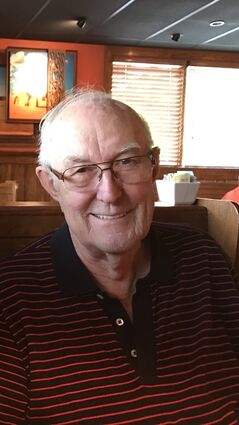 Donald Daniel Haro of Cloquet passed away peacefully in his sleep at St. Luke's Hospital in Duluth Thursday, March 18, 2021, at the age of 84. He was born in Gackle, North Dakota June 13, 1936, to Amos and Julia Haro and was raised in Carlton County.

Don attended Kalevala grade school in Kettle River and graduated from Barnum High School in 1954. He married Norma Maki on Feb. 15, 1957, whom he met in grade school.

Don served in the U.S. Air Force from 1955 to 1959. Don and Norma lived in Cloquet most of their adult lives before relocating to central Florida in 1986 and returning to Cloquet in 2019. He worked at Conwed in Cloquet for 31 years and then at Qualtest in Orlando until his retirement.

Don had a strong faith in God and, while in Cloquet, Don and Norma attended St. Paul's Lutheran Church where Don served as treasurer.

He enjoyed hunting, fishing, woodworking and could fix almost anything. Don was a fan of the Minnesota Vikings and Minnesota Twins since their inception in the early 1960s. In Cloquet, he enjoyed bowling league and once rolled a near perfect 297. While living in Florida, he played golf, pickleball and enjoyed cruise ship trips with Norma.

Services: Visitation was planned for noon until a 1 p.m. memorial service Thursday, March 25 at Atkins-Northland Funeral Home in Cloquet.

Inurnment will take place at a later date in Eagle Lake Cemetery in Eagle Township. Memorials may be made to Kurt Blake Scholarship Fund, Linda Karttunen, Ontonagon Area Schools, 701 Parker Avenue, Ontonagon, MI 49953. Cards may be sent to the family c/o