Section 5A: Barnum goes down against fast Upsala 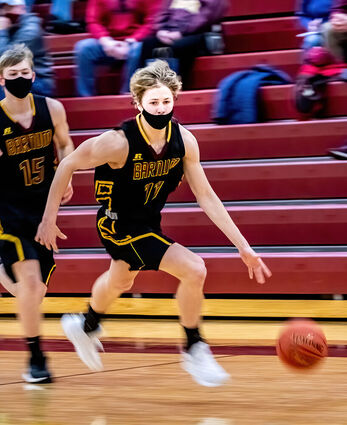 When Barnum met Upsala in the Section 5A semifinals March 24, the Bombers knew they would be facing a team with both athleticism and speed. Barnum fell behind early, but hung around and fell 66-56 to the Cardinals.

“They rely on spreading the floor,” said Barnum coach Rich Newman. “They like to dribble and drive and then kick the ball out for the three-pointer.”

The Cardinals jumped out to an 11-2 lead and had the Bombers in a bit of trouble early in the game.

Barnum trailed by just four at halftime and they were in the game most of the way.

“We got behind early and it seemed like we just could never get over the hump,” said Newman. “I am really proud of the way we battled and got the score back down to four late in the game, but again, we just couldn’t get that one key shot or stop on defense to get us that extra momentum.” 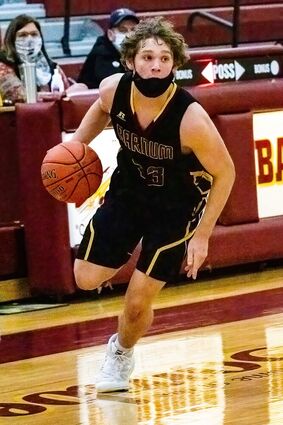 “We did a good job of staying in the game,” Newman said. “I was proud of how the guys fought and didn’t give up. We stayed in it and played hard.”

One of the biggest problems was point guard Jake Hultgren getting into foul trouble, disrupting the flow of the game for the Bombers. But Reed Kornovich took over the offensive production, ending up with 20 points to lead Barnum in scoring.