On Faith: It's planting season! 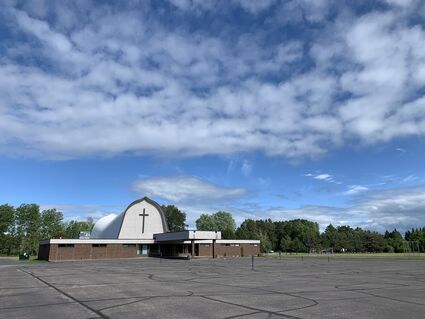 The parable of the sower has always been one of my favorites. Found in Matthew 13 and Luke 8, it should come as no surprise that a farm boy from Iowa would relate to the imagery of planting.

As I write this, planting is almost ready to start down in Iowa and many farmers will soon be running full-out trying to get the crop into the ground. The speed and size of their efforts have increased dramatically. Corn planters are much more amazing machines than most people would assume. They have to pick up irregularly shaped seeds from a cup full of loose seeds and they need to do it gently enough to not damage the seed. Then they have to drop the seed in a seed trench of a uniform depth and close the trench. They do this while traveling over uneven ground at 5-plus mph. The seeding rates mean that they have to drop seeds every 6 inches or so.

In reality, they "fire" seeds at a faster rate per minute than many machine guns fire bullets. A seed that gets planted too deep, a double plant, or a skipped seed will mean that it is unproductive and represents a lost investment for the farmer. Simply emerging from the ground more than three days behind the seeds around it will mean it likely won't even produce an ear of corn.

I realize that large-scale farming may not resonate as much with people around here, but the passion to plant seeds is within all Christians. The parable of the sower focuses on the four different types of soil and the life of the seed in each.

As believers, we often read the fates of the four soil types with remorse or joy.

We mourn over the friends and loved ones who fall into one of the first three categories. Places where we have spread the seed of the word of God only to watch the birds, the weeds, or the rocks of life keep the seed from producing fruit.

We also get the opportunity to rejoice in the times when we have watched the seed of God's work produce beautiful and amazing fruit in someone's life.

One of the side pictures I love so much about this parable is the actions of the sower. We aren't told that the sower regretted wasting the seed on the unproductive areas. There is sorrow over the fact that the seed did not grow up to produce fruit, but there is no regret over having placed it there in the first place. The differences in outcome are not the fault of the seed or the sower.

Farmers will have calculated their rates of return and most of the technology adapters program their planters for variable rate seeding. This means that their higher production areas, the more fertile ground, gets higher plant populations and their less productive ground gets lower plant populations. Each farmer - using science, data, and guesswork - tries to get the highest rate of return on resources that they can.

As Christians we don't have to worry about planting too much, or wasting the seed of the word on unproductive places. Instead, we get the joy of spreading it freely. There is no shortage of the salvation promised in the word nor is there only one specific manner in which it can be planted. God tells us to sow the gospel everywhere because good soil can be found in surprising places.

Writer David Handsaker is the senior pastor at St. Paul's Evangelical Lutheran Church, pictured above. A farm boy from central Iowa, he and his wife, Lydia, are parents to three daughters. Handsaker is on his third career, after having been an airline pilot and a farmer before God called him into ministry.