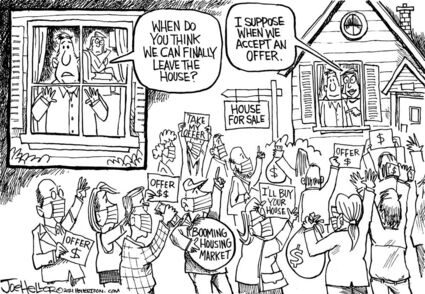 There's been talk of making major changes to the Supreme Court, and that makes me nervous.

More recently, gerrymandering and cries of election fraud have given the hyper-partisans a chance to enact voter reform laws that actually are designed to keep the people in power in power, not to ensure safe and secure elections. Even the argument in the United States Senate on the filibuster is centered around the power of political control, rather than a real problem with Senate procedure.

I think such pandering is bad for the country. If one political party is strongly in favor of a change in our legal procedures and the other party is universally opposed, you can safely bet that the measure is not likely to be in the country's best interest. The Democrats do this, too, but the best example I have involves the Republicans - it's wrong to appoint a Supreme Court justice in an election year, but only if the president is a Democrat. If the president is a Republican, it's OK to appoint a new justice a week before the election. Of course, both positions can't be right. But that's politics.

In response to the last president's Supreme Court picks, there's been talk by the hyper-partisans to expand the Supreme Court, so the liberals can install a majority. The current administration has even appointed an all-star commission to study Supreme Court reform, including an expansion of the Court to 11 or even 13 members.

Like many bad ideas, on the surface, this one makes some sense. The nine justices now on the court equals the number of appellate courts at the time, but now there are 13 appellate districts. So, it makes sense to appoint one justice for each lesser court. Also, in the old days, being "appointed for life" meant that one served until retiring, not until one died. Over time, justices have stayed on the bench far, far longer than they should, and now an appointment to the Supreme Court is a life sentence. It shouldn't be that way.

Apparently, the commission that will study the issue is filled with legal scholars and legal experts, so it doesn't appear partisan. That's a good sign, but I am still bothered by the fact that the issue didn't arise because everyone agreed that the Supreme Court needs reform. It was raised because the Democrats are ticked that the Republicans outsmarted them and got a conservative majority on the Court. Having nine justices has served our country well for many years, providing a nice, constitutional balance to the legislative branch and the executive branch. It shouldn't be stacked, by either party.

If those last two branches of government would only quit politicizing the Supreme Court, having a panel of nine justices is just fine. If the commission comes up with any solid recommendations, I hope they suggest a way to keep the appointments (done by the executive branch) and confirmation process (done by the Senate) less pro-political- party and more pro-America. That would be the best result. We should nominate and confirm the best jurists, not the most conservative or liberal. I'd also like to see justices retiring when they become ineffective, not serving until they die.

I need to apologize to my sister Zora over last week's "Harry's Gang" on sexism. Contrary to what I wrote, Zora immediately identified my comments as sexist. I misremembered the conversation. Zora, like the attorney in my story, has been a female all her life and is much better at identifying sexism than I am, so I should have deferred to her opinion immediately.

Pete Radosevich is the publisher of the Pine Knot News community newspaper and an attorney in Esko who hosts the cable access talk show Harry's Gang on CAT-7. His opinions are his own. Contact him at [email protected] KnotNews.com.