Another view: Verdict is a step toward accountability 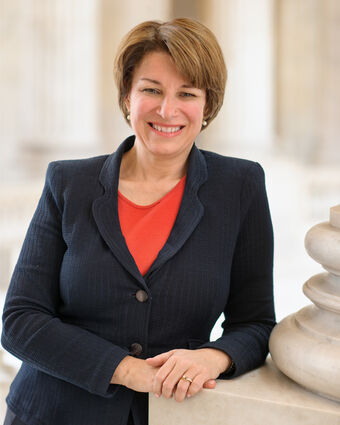 Tuesday’s conviction was right. For the Floyd family, nothing will bring back George, but this verdict is a first step toward accountability. Attorney General Keith Ellison and his team did great work prosecuting this case, and the hometown witnesses and police officers who testified displayed such courage in reliving that horrific day and making the case for justice.

This trial was about George Floyd’s murder, but it also captured his life. His brother Philonise Floyd introduced us to a devoted son who struggled to tear himself away from his mother’s casket, a loving brother who always made sure his siblings had a snack for school, and a dedicated community member who “just knew how to make people feel better.”

George Floyd should be alive today, and this conviction will not bring him back to us, nor will it bring us total justice. As long as George Floyd isn’t around to swap trucking tips with his brother, mark the anniversary of his beloved mother’s passing, or hug his children again, there will not be justice. And while Black Americans continue to be subjected to a system that keeps mothers and fathers up at night worrying about whether their children are going to come back home every time they get in the car, we know our work is not done.

As Martin Luther King Jr. once said: ‘If you can’t fly then run, if you can’t run then walk, if you can’t walk then crawl, but whatever you do you have to keep moving forward.’

It’s long past time the Senate moves forward and passes police reform to hold officers accountable for misconduct, increase transparency in policing practices, and improve police conduct and training, including banning chokeholds. This is the urgent task before us — not for tomorrow, not for next year, but for now.

And today, as we reflect on the life of George Floyd, and appreciate this step toward accountability and the work of the prosecutors, judge and jury, we acknowledge our long and winding march toward justice. We renew our commitment toward securing his legacy — not just as the man whose death shined a light on the undeniable stain of racism on our country — but as the man whose memory inspires us to build a more equitable system.

U.S. Senator Amy Klobuchar (D-MN) led the state’s largest prosecutor’s office in Hennepin County before being elected to the Senate in 2006. She serves on the Senate Judiciary Committee, among others.