Guest View: It's time to protect those who protect us 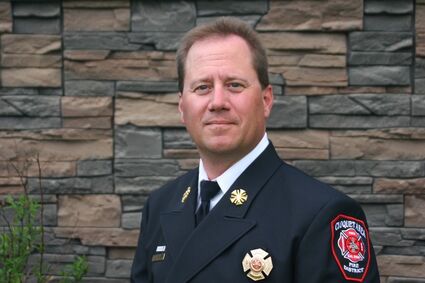 I retired in 2020 after more than three decades as a firefighter, the last nine years as Cloquet Area Fire District fire chief. And while I carry with me many positive memories of my time serving the community, I also often think about my colleagues in the Minnesota fire service we lost along the way.

Firefighters protect us, but what many people don’t know is that they often struggle to protect themselves, especially from cardiac, cardiovascular and mental health issues. Those issues have impacted firefighters and their families across the state, including in our own communities here in northeastern Minnesota.

In 2013, Rice Lake Fire Chief Matthew C. Frantz died of an apparent heart attack within 24 hours of responding to a mutual aid fire call from the fire department in Duluth. Two years later, in 2015, veteran Rice Lake, Minnesota volunteer firefighter Randy Hiti died while responding to a call, leaving behind a wife, two daughters and a large firefighter family. Cardiovascular disease is the No. 1 killer of firefighters nationwide and is by far the leading cause of line-of-duty deaths in the fire service. According to the International Association of Firefighters, more than 12 percent of all firefighters will develop heart disease at some point in their lives.

Glen Solem from Grand Lake Fire died in early 2020, after a 14-month battle with esophageal cancer. According to the National Fire Protection Association, more than 68 percent of all firefighters will develop some form of cancer in their lifetimes. Firefighters experience higher rates of certain types of diagnoses and cancer-related deaths compared to the general U.S. population, according to a multi-year study from the Centers for Disease Control and Prevention.

In April 2018, Superior Fire Department battalion chief Erik Sutton took his own life, just weeks after retiring. Those in the fire service experience much higher rates of mental health challenges than the general population — particularly in the areas of sleep disorders, depression, substance abuse, post-traumatic stress disorder and suicidal ideation/action.

Critical funding shortages throughout Minnesota departments make it difficult for fire service leaders to prioritize firefighter health measures and equipment, such as department-wide health checkups, gear-cleaning tools and mental health resources. Departments do as much as they can with limited resources, but there is no unified vision or commitment at the city or state level to prioritize fire service funding. Something must be done to reverse these harrowing statewide trends.

Thankfully, there is a nonprofit organization that is working to overturn what has become a dangerous pattern. The Minnesota Firefighter Initiative (MnFIRE) launched in 2017 as an innovative and inclusive approach to unify and spark conversations among firefighters, their families, their communities and state policymakers regarding firefighter health.

One of the key ways local fire leaders can respond to this health crisis is by getting their fire departments signed up for one of MnFIRE’s Awareness trainings, which are free to firefighters across the state through June 2021. These trainings are taught by firefighters and other health experts and provide firefighters with actionable tips on how to protect themselves from the three problems most commonly experienced by those in the fire service.

In addition to education, MnFIRE is championing the Hometown Heroes Assistance Program bill in the Minnesota legislature. Sponsored by Sen. Jeff Howe (R, District 13) in the Senate (SF 621) and Rep. Cheryl Youakim (D, District 46B) in the House (HF 377), the bill promises to improve access to care for firefighters in need of treatment. By establishing a much-needed statewide $7.2 million appropriation of funds to help firefighters who are facing cardiac, emotional trauma and cancer issues — and to prevent the diseases from plaguing future firefighters.

Jen Frantz, widow of Rice Lake Chief Matt Frantz, in a recent conversation with legislators said, “My experience losing my husband showed me firsthand just how much legislation like the Hometown Heroes Assistance Program is needed for Minnesota’s firefighters. I don’t want anyone to have to experience what I have, and that’s why I urge legislators to pass this bill swiftly in 2021. I believe that if he were still here, it would have been one of his top priorities to make sure his fellow firefighters were staying healthy, not only in body, but in mind. And I know he would want to make sure that, for themselves and for their families and fellow firefighters, they had all the support they could get.”

We can all do our part to help support the men and women who protect us and our communities every day. Ask your legislator to support the Hometown Heroes Assistance Program.