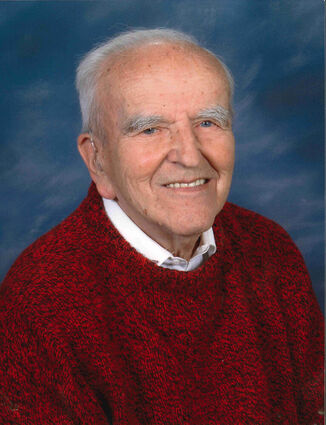 Edward William Davidson, 93, passed away peacefully May 5, 2021 at Barnes Care in Esko. He was born to Joseph and Helia (Oja) Davidson June 16, 1927 in Thomson Township, where he resided most of his life. As a young boy he hunted and fished the land, and as an adult became a true outdoorsman. He proudly served his country in Germany immediately following World War II. Upon returning to the U.S., a lovely brunette from Cloquet, Jackie, caught his bright blue eyes. They married April 1, 1950. After attending barber school, Ed cut hair in Duluth for 52 years, owning Eddy's Barber Shop on 40th and Grand.

The family wishes to thank the remarkable staff at Barnes Care and St. Croix Hospice.

Visitation: 3 p.m. until the 4 p.m. memorial service Saturday, May 8 in Nelson Funeral Care, 1004 Cloquet Ave., Cloquet. Inurnment held at New Calvary Cemetery, with a gathering of family and friends at the Buffalo House Junction at 6 p.m. To leave an online condolence for the family, visit nelsonfuneralcare.net.