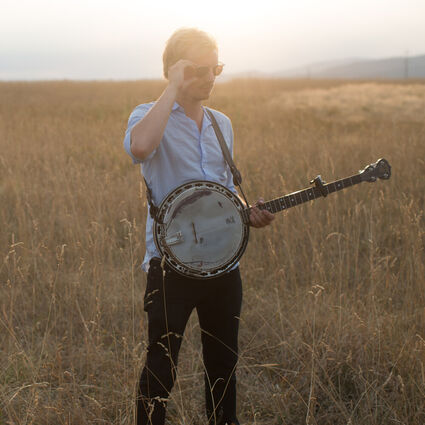 The past 14 months have been a rollercoaster ride for 2011 Cloquet graduate and full-time musician Tony Petersen, from a rock 'n' roll tour of Europe to riding out the pandemic in Minneapolis.

When all travel between the U.S. and Europe was suspended, Tony Petersen and his Social Animals bandmates (vocalist Dedric Clark from Cloquet, drummer Boyd Smith from Esko and Roger Whitten from Lino Lakes) were in Norway. It was 3 a.m., they were on a tour bus, in the middle of a European tour.

"We had to just get off the tour bus, any small town, and get in the cab and get to the closest airport, and then to a bigger airport, to a bigger airport and finally, we got home," Petersen said. "Luckily, we made it through all the checkpoints, but we had to leave our gear on the tour bus. Our gear was stuck there for four, five, six months until they reopened the warehouses again and could ship it."

On the bright side, it was probably one of the best times for the Social Animals to not have their instruments. Thanks to Covid-19, they were all pretty much holed up in separate residences, not performing and certainly not touring. That didn't mean a total pause. The homegrown bandmates got busy: writing and recording three more songs for a long-awaited album and working on their own projects.

For Peterson, that meant creating and releasing a solo album as Ditchbird, plus a six-song collection with his first Cloquet collaborator, Jamie Kallestad, as Saint Anyway, and another album with his uncle, Kurt Petersen, as Love + Effort.

In a way, that Petersen family venture was years in the making.

Kurt and Tony tell the story of the early days - when Tony was still a child, then a teenager - from fairly different viewpoints.

Kurt recalls babysitting for Tony when he was only 3 or 4 years old and using a slide guitar to keep the youngster amused for long periods. When Tony got older and his parents bought him a guitar for Christmas. Kurt was the first one to show him how to play.

"He was the cool uncle who would bring his guitar over to the party," Tony said. "I always admired him, and he's an amazing songwriter. And he taught me my first chords back when I initially picked up the guitar when I was 13 or 14 years old, and really influenced my entire path musically."

Kurt admits that he and his younger brother, Chris, liked "to feed" music to Tony, sharing music they liked, telling the youngster to listen to this or that. They also both played with Colleen Myhre, whom they met when Kurt took Tony to the Folks Festival in Mahtowa when he was still a teenager. Still, Kurt is modest about any role in teaching Tony - who got a degree in music business at Berklee College of Music in Boston - how to play.

"I'm a totally self-taught, very rudimentary musician," Kurt said. "I know what I know and I know enough to accompany myself, really. Tony likes to say that I taught him, but his dad paid for lessons and within a month he was way beyond me."

The pair said it was a lot of fun to do their "The World Needs This" album, even though they still haven't seen each other in more than a year, and they've never performed any of the songs together in person.

The Pine Knot News spoke with the Petersen men about their virtual band, life and the process of recording music togethert.

Q How did this collaboration between the two of you come about?

A Tony: Uncle Kurt commented on one of my Facebook videos that I put up this year at home of me just playing some Van Halen guitar solo. He said, 'hey, we should write a song together.' And I said 'absolutely, just send me any ideas you have. And that one song became 10 songs.

Kurt: I had this song lying around and I figured he might have some time on his hands so I sent it. My intent was to give it to him. But somehow it turned into a long-distance collaboration.

Q How did that work?

A Kurt: I'd try to get as close to what I thought in terms of structure, melodies, length - the bones of the song - and then I'd record it on the guitar with my computer. If I did something funny with chording structures, I'd put a camera on my hands, so he wouldn't have to figure it out. If he had time, he'd email back a track in a day or two with drums and guitar that was almost done. I'd just stand back and say, 'wow.' Tony made probably 75 percent of the music on the album.

Q Was there more to it than that?

A Kurt: I'd have to figure out how to sing with that and send back another recording. And we might listen and decide to ask Ben Cosgrove to play the accordion, or Tony's girlfriend, Jess, or my brother Chris to sing. We got lucky with those kinds of things. We'd say 'let's do this' and it would work and we just rode the wave.

Q How would you describe your music?

A Tony: It depends. For the social animals, the new territory has gone from kind of Americana rock to more straightforward rock; it has kind of an '80s retro synth vibe to it. Dedric's been really obsessed with bands like The Cure and Killers. Whereas Ditchbird has more rootsy elements still, there's more acoustic instruments. It's more singer-songwriter, I suppose. And with Kurth, we were trying to sound more like the Tom Petty album, "Wildflowers" or bands like the Bodines, which is Americana with both acoustic and electric, and kind of straightforward Lucinda Williams songwriter rock.

Kurt: I'd say it's in the folk rock area, but I hear all sorts of things in my head. When people say, "What is that?" I usually say "it's a song, whatever you want it to be."

We did agree that we weren't in the mood for dark or negative songs. We don't want to ignore the world around us, but I wanted to explore the lighter side, something people could sing along to, more like the music of my youth when it felt like bands were a little more diverse and maybe a little bit more fun. It might have been a tough year, but I've also seen some pretty amazing things, like the Food Train at B&B [where he works]. There's still a lot of good left in the world.

Q Tony, how did your solo album come about and what is Ditchbird?

A Tony: I've always had these songs that never fit with Saint Anyway or Diet Folk or Social Animals. Or my own Tony Petersen release. And so I finally had 11 songs. I knew that if I made a solo project now that it wouldn't interfere with any other band thing. I've never felt comfortable doing a solo project when the Social Animals are also promoting a bunch of stuff, because it kind of clashes with the promo. I knew that I had a year of an opportunity to make this happen.

As for the name, I went on a cross-country motorcycle trip from Minneapolis to Denver, Colorado, and back, just by myself on a motorcycle. That was during the pandemic last year, in July. These little birds would shoot out of the ditches and scare me as I was driving along, so that's where the name "Ditchbird" resonated with me when I was looking for a name for the project.

Q What about the Social Animals, are they still going strong?

A Tony: Definitely, but I think we've all grown being on our own [during the pandemic], learning what it's like to be a real human that stays home and not just constantly living on the road like we've done for the past five years. And we used to live together in Portland, Oregon, so we learned that we don't all have to live right next to each other because we can get together before a tour, practice for two weeks and then go on tour. We're supposed to be going back [to Europe] in September, pandemic permitting.

Q Do you have any plans to perform together or solo this summer? 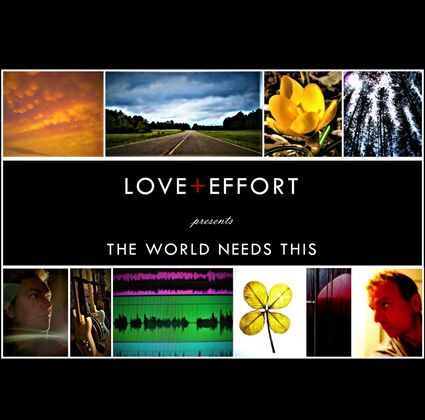 A Tony: I would love either of those. Right now I'm just waiting for patios to open up or smaller venues. If I can find a window where I could do shows with my uncle or solo, I absolutely will. But I also know that once the venues open back up that the Social Animals are going to get back into gear, so it might be a short window.

Kurt: If he gets up here, we can play together. Or maybe I can pop in for a few songs if he does a solo tour. Or maybe we can do some music videos together that people can watch whenever they have time. We'll see.

Find any of the music talked about in this article on Spotify, Amazon and other streaming services as well as YouTube, and at http://www.tonypetersenmusic.com and http://www.thesocialanimals.com.