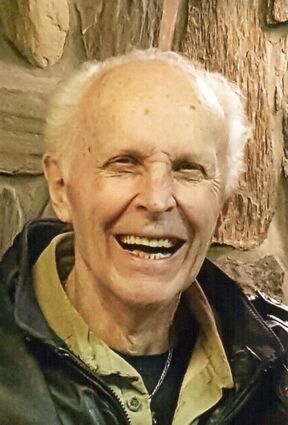 Floyd Eugene Novack, 88, of Cloquet passed away April 21, 2021 during an extended stay with his son in Hudson, Wisconsin.

Floyd was born in Saint Paul to August "Auggie" and Estella Novack. He grew up with his brother, Harvey, and his sisters, Lorraine and Marilyn. As a child, he was a bit mischievous; and when a teenager, was told of life's "long hard road" by his father, given a $10 bill, and set down that road. He eventually landed in Milltown, Wisconsin at the dairy farm of Raynold and Verna Norling, where he worked for room and board while finishing high school, and remained lifelong friends of the family.

Floyd returned to Saint Paul and gained employment at the Ford Motor Company Twin Cities assembly plant. Floyd then served in the U.S. Army, seeing active combat during the Korean War as a sergeant first class in a heavy artillery unit. Once again, Floyd returned to Saint Paul and his job at Ford. It was then that he met his bride-to-be, Theresa “Terry” Stone, and they married in June of 1955. They quickly established their family of three children, Diane, James and Kevin, living first in the Summit-University neighborhood and then settling in Saint Paul’s East Side neighborhood.

Floyd shared his love of the outdoors with his family on the weekends, and other times away from work on camping trips in northern Minnesota and Wisconsin, with an occasional family trip to the American West. As his children grew increasingly independent, Floyd took up the hobby of falconry. He became a federally licensed Master Falconer and picked up the nickname “Hawk Man” in the neighborhood, given his 25-year companionship with a red-tailed hawk named Spike.

Floyd retired at age 48, after which he and Terry moved to the Cloquet area, established many new friendships, and spent much time driving about and exploring the United States. Floyd continued to love the outdoors, and stayed healthy splitting 10 to 12 cords of firewood by hand each season, which kept their home warm, cozy and inviting in the winter.

Floyd’s later years were disrupted by the loss of his beloved wife, Terry, in 2009 and a stroke he suffered in 2017. These events took much wind from his once-broad sails, and while he remained physically able, the stroke diminished his ability to communicate well and interact with others as he so enjoyed.

Floyd was preceded in death by his parents; his wife, Terry; his sister Lorraine; brother, Harvey (Delores); sister Marilyn (Ken)… and, of course, Spike.

Floyd will be reunited with Terry on the anniversary of their wedding day in a small graveside gathering of family and friends.

Floyd would much prefer a donation to the University of Minnesota College of Veterinary Medicine’s Raptor Center than flowers or cards.