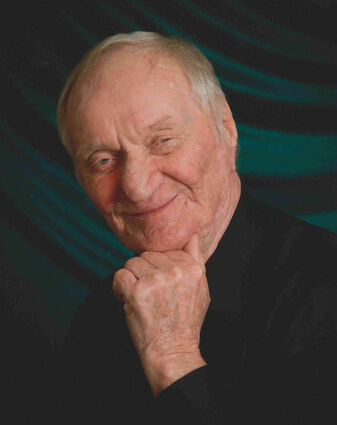 John graduated from Esko High School in 1952 and went to work for Western Electric-/TT, retiring in the late 80s. He was retired for longer than he worked, which he thought impressive. John enjoyed his small family and his large circle of friends. He loved spending time with his grandchildren and dog sitting for his friends and family. He enjoyed playing cards, gardening, lawn mowing in the summer and snow blowing in the winter, reading lots of newspapers, and watching “Gunsmoke” and anything on public television. In his later years, he enjoyed winters in Miami Beach sitting by the pool under a palm tree watching life pass by.

John was a putzer, and there wasn’t much he couldn’t fix. He was a man of few words (at least when sitting next to his very talkative wife), but he had a very good sense of humor and loved to laugh. John will be greatly missed by his family and his many friends.

He is preceded in death by his parents, John and Ina Maki; and his two brothers, Leroy and Paul.