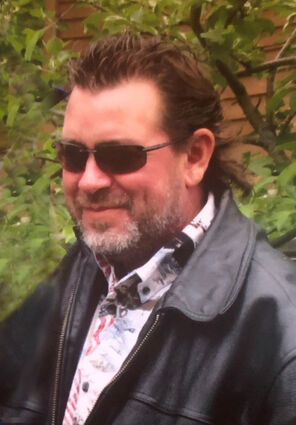 On Sunday, Nov. 28, 2020 Robert Michael Nelson passed away at the age of 53 in St. Charles, Missouri. The world lost a beloved son, father, brother, uncle, and friend.

Robert “Rob” was born March 15, 1967 in Duluth to Michael Edwin and Barbara Ann Nelson. The eldest of three, Rob grew up in his father’s footsteps, developing an affinity for the lake, hunting, and golf. He graduated from the University of Minnesota Duluth (a great school on a great lake, as he would always remind you) and began working in sales shortly thereafter.

While Rob moved to St. Louis, Missouri to pursue his career and raise his family, his heart was always with Minnesota. Always cheering for the Minnesota Vikings and UMD Bulldogs, Rob remained a loyal fan no matter what. He cherished summers on Leech Lake with boat rides, fishing, rounds of golf, and plenty of laughs around the bonfire with the entire family.

Rob was preceded in death by his father, Michael Nelson.

Visitation: 10 a.m. until the 11 a.m. memorial service Saturday, May 29 at Nelson Funeral Care in Cloquet. Inurnment will follow at New Calvary Cemetery. To leave an online condolence, please visit the guestbook at http://www.nelsonfuneralcare.net.