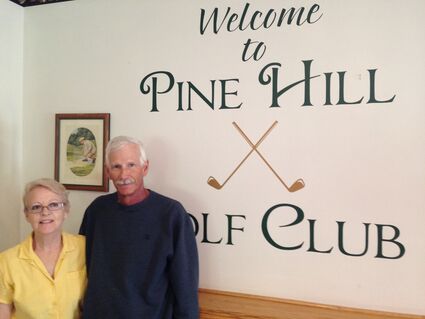 Jim and Cassie Barry have owned and operated the Pine Hill Golf Club in Carlton for the past 15 years.

It's located just over a mile south of Highway 210 on Highway 61 in Carlton. Just drive past the Royal Pines Inn, Olsonville, and the Carlton County transportation building on Old Highway 61, and you're there.

Originally built by Carlton resident Walter Radzak as a three-hole course and driving range in the 1970s, Bob Kelley designed and expanded the course to nine holes and par 31 in 1996. The course changed ownership a few times after that, until the Barrys bought it in 2005.

"We opened the 2021 golf season on March 28," Jim said, "which was our third-earliest opening since I've been here. The other two were crazy warm years opening on St. Patrick's Day. The course is off to a fantastic start."

Barry gushed that the putting greens weathered the winter very well and are in great shape. They've already fertilized greens and tees and the course is turning even greener and inviting.

Pine Hill has a senior league on Mondays, a men's league on Wednesday evenings and a couples league on Thursdays. Jim thinks they have found their niche by catering to retired, senior and beginner golfers. The course isn't easy and has challenging holes for all golfers, but is flatter and quite walkable. A nine-hole round, for $14, can usually be played in about one hour and 15 minutes. 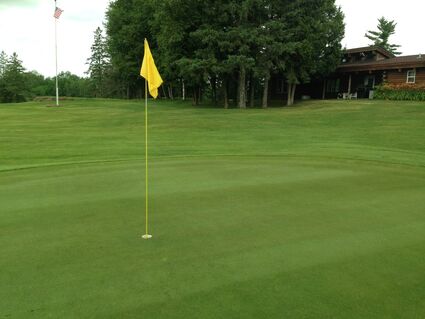 League play has begun, with most leagues sporting more participants than last year. The pandemic, interestingly, enticed many new and returning golfers to the game because it is outdoors, socially distanced, and courses developed good safety player protocol.

Pine Hill is perfect for both beginners and seasoned veterans. It has some shorter holes plus some challenging shots around tree doglegs and alongside Otter Creek. It also has one of the nicest, friendliest bar areas in the region. It's easy to belly up to the nice wooden bar and check if your name is mentioned or engraved alongside those of the other great historical golfing legends.