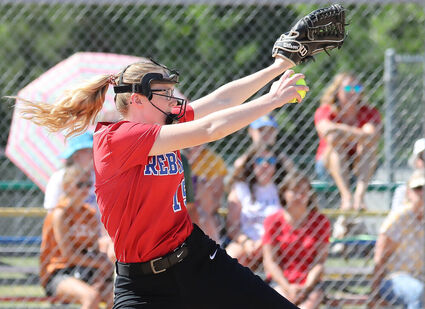 When the Section 7AA tournament continued Tuesday, Moose Lake/Willow River and Greenway were the two lone unbeaten squads. Esko, Eveleth-Gilbert, Proctor and Rush City were also remaining, but those four teams had one loss apiece and were a game away from elimination.

The only two teams remaining now are undefeated Greenway and once-beaten Proctor, which marched through three straight wins to gain the championship round on Thursday.

Tuesday's games featured teams that all had one loss. Esko, the top seed coming into the tournament, took on Eveleth-Gilbert. The other top seed, Proctor, played Rush City.

"We kind of managed to sneak into the No. 1 seed at the end of the season," said Esko coach Huff Emanuel. "We hoped we'd build momentum after receiving a bye in the first round and then got a 10-0 win in the second game, but then our bats went dead."

After losing to Greenway in the third round, the Eskomos faced an Eveleth-Gilbert squad that featured Lydia Delich on the mound. While not a hard throwing pitcher, Delich is crafty and threw a no-hitter as the Golden Bears eliminated the Eskomos 5-1.

"She did a good job of keeping us off balance," Emanuel said. "Early in the year we were scoring 15 to 18 runs a game and then we ran into the top teams and started to struggle and our bats went cold. We just never could get the bats going over the second half of the season."

At 1 p.m. Tuesday, the two undefeated teams took the field along with Proctor and Eveleth-Gilbert. The Rebels hoped to beat undefeated Greenway, but the Raiders proved to be too much as they handled ML/WR by a 10-1 score, sending them to the loser's bracket. 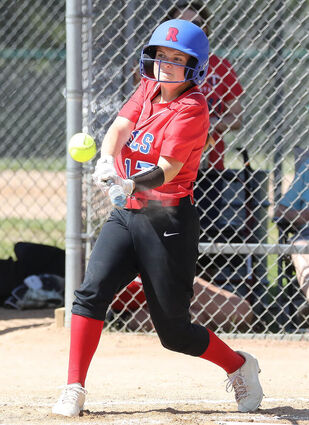 "Greenway has a very good team," said Rebel coach Kelly Goeb. "They hit the ball well and play strong defense. If a team does both of those well, they will win a lot of games which is obvious as Greenway has done just that. We knew we would have to play a top notch game to compete with them, which we didn't. They are a strong team and you have to be at the top of your game to defeat them. I wish them the best the rest of the way."

The other 1 p.m. game saw Proctor down Eveleth-Gilbert. That victory set up an elimination game between Proctor and Moose Lake/Willow River which the Rails won 8-5, thus eliminating the Rebels from the tournament.

"The Proctor game wasn't our best game," Goeb said. "We had a few errors and couldn't string many hits together. But they have a strong team as well and made the plays when they needed to."

Megan Hattenberger was 2-for-3 at the plate for the Rebels in the Greenway game. Hallie Klavu was 3-for-4 in the Proctor game with a triple and Sarah Christy had a double while Sandra Ribich was 2-for-4.