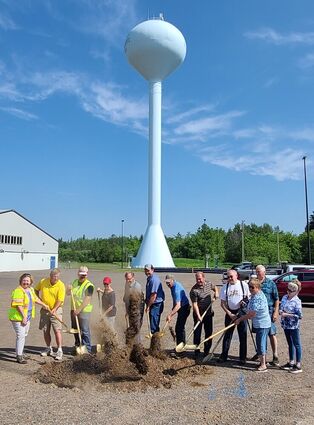 Officials take part in a ceremonial groundbreaking effort June 10 in Carlton, where a waterline will be extended to the west to help alleviate decades of problematic water supply.

After two decades of effort, Twin Lakes Township will get its waterline, with clean healthy water and plenty of it. Local officials, waterline constructors and political dignitaries gathered June 10 outside the Four Seasons events center in Carlton for speeches and an official groundbreaking.

"Wow, it's really happening," said Twin Lakes Township chair Diane Felde-Finke, admitting that she got a little choked up when she was practicing her speech at home before the ceremony.

The state legislature included $7.5 million for a waterline from Carlton to Schmitz Road in the bonding bill passed...