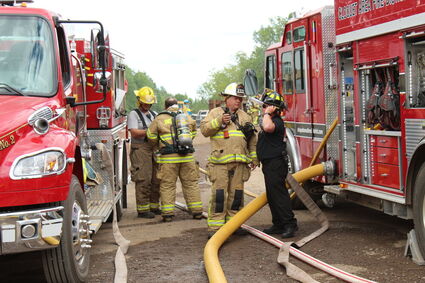 Firefighters responded to a call from Mark's Salvage and Recycling at 8089 Highway 2 in Saginaw Tuesday afternoon, after it was reported the business was on fire. Signs on the property indicate the business accepts used appliances and electronics, along with waste oil. The initial cause of the fire is unknown. According to a press release from the St. Louis County Sheriff's Office, the owner of the property was uncooperative and the incident remains under investigation by the Cloquet Fire Marshal. No one was injured and the total damage is unknown. It appeared the fire started inside a pole...